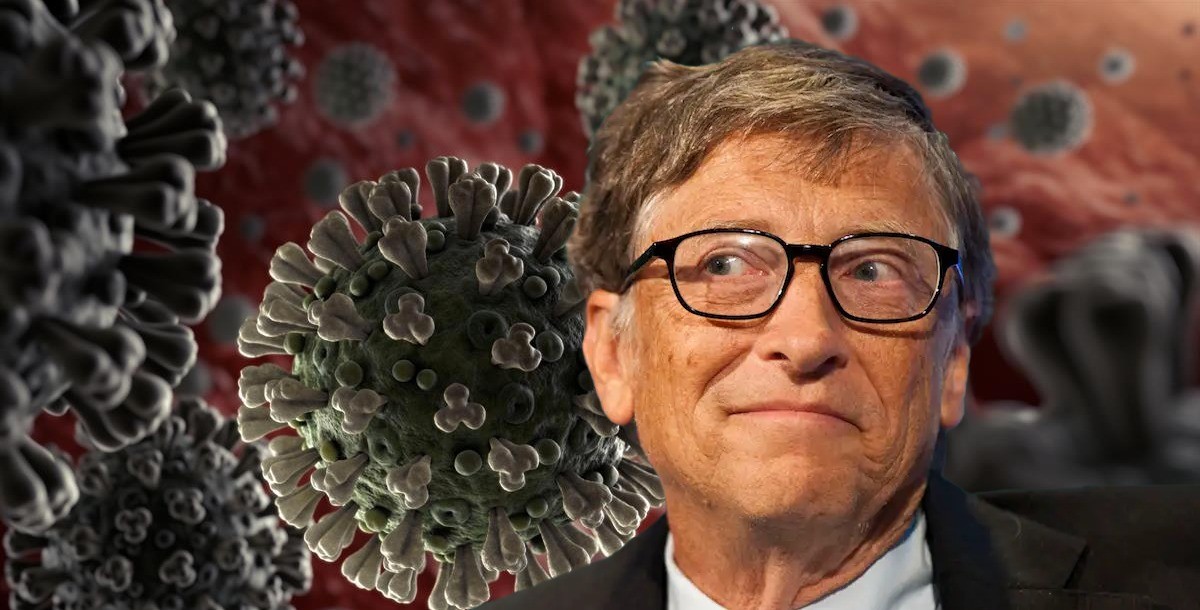 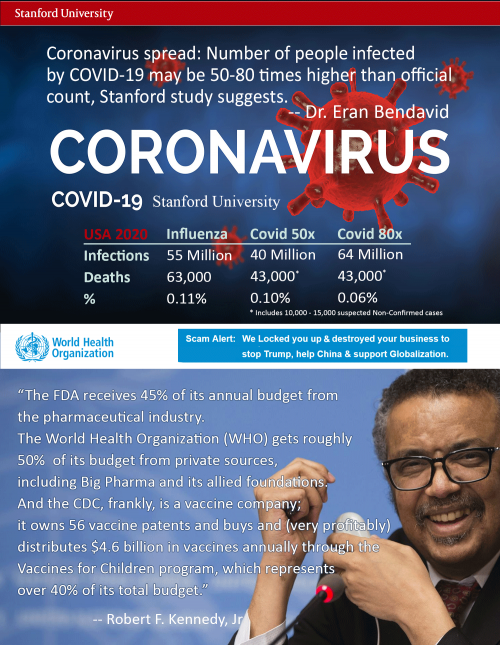 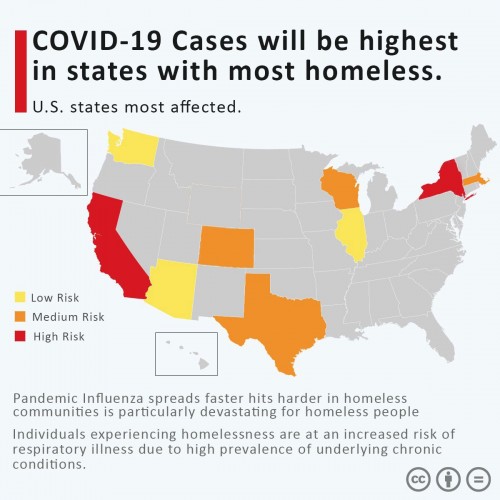 U.S. States With Most Homeless Will be Hardest Hit by Coronavirus 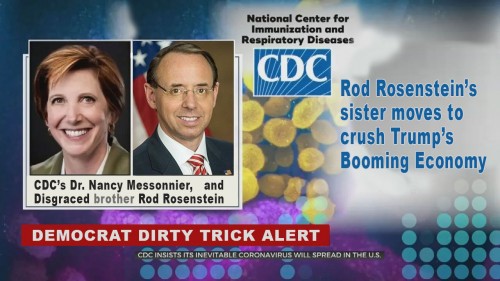 The majority of #coronavirus infections are mild (taken from a study of 44,000+ cases in Mainland China). A journalist is a terrorists' best friend. 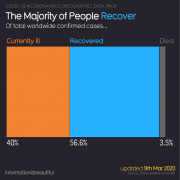 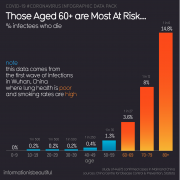 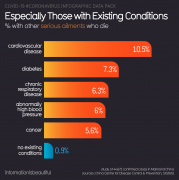 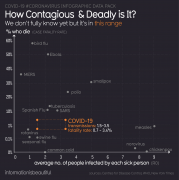 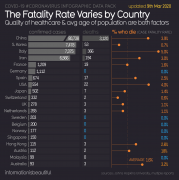 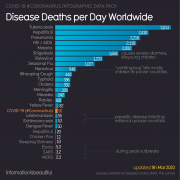 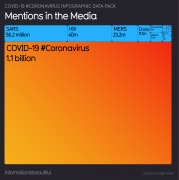 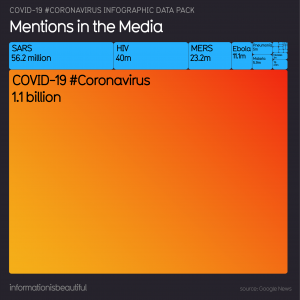 #Coronavirus press coverage is on another level. The Media shows bias. A journalist is a terrorists' best friend. 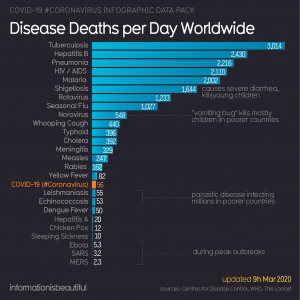 Current #coronavirus deaths per day (this number will likely increase as the epidemic grows). 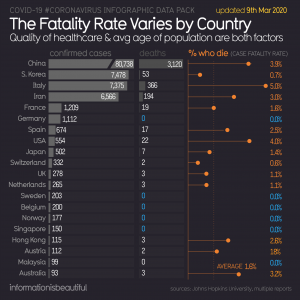 #coronavirus fatality rates per country. As of 9th March 2020. 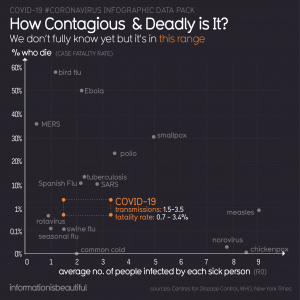 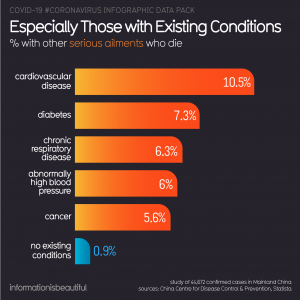 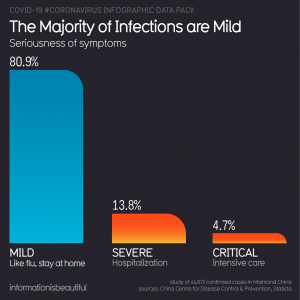 The majority of #coronavirus infections are mild (taken from a study of 44,000+ cases in Mainland China)
Videos
00:44

Video Shows a Hospital in the City of Qom, Iran Full of Dead Bodies

Coronavirus The Press Is Overacting - COVID-19

China Contains the Spread of the Corona Virus COVIDー19

Posted on Gab by Deep Space:

Life is normal in Stockholm. This is exactly what Dr. Falsey is trying to prevent in the US.

This is like an abandoned movie set.There's not even anyone stopping Gemma filming!The Dublin Docklands have never been quieter. Nobody is even bothering to man the ‘testing centre’ which is supposed to be overwhelmed while some HSE insiders are quietly admitting #Coronavirus is a ‘spook exercise.’Here’s the latest evidencehttps://twitter.com/gemmaod1/status/1244347248336605185

Gemma O'Doherty on Twitter: "The Dublin Docklands have never been quieter. Nobody is even bothering to man the ‘testing centre’ which is supposed to be overwhelmed while some HSE insiders are quietly admitting #Coronavirus is a ‘spook exercise.’

Thread by @QBlueSkyQ: Meet the Director General of World Health Organization who Severely Overstated the Fatality Rate of the #coronavirus Leading to the Greatest…

Sen. Ted Cruz Will Remain Home This Week After Coming In Contact With a Coronavirus Patient - Breaking911
News 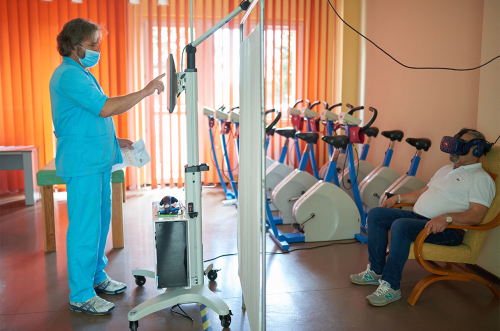 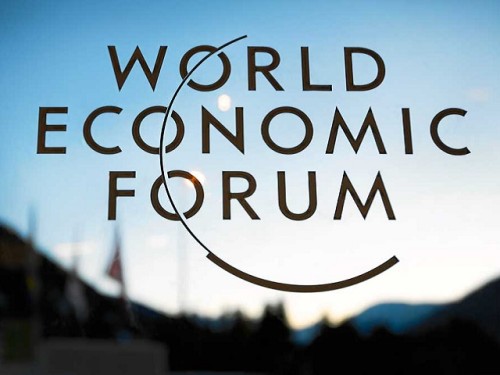 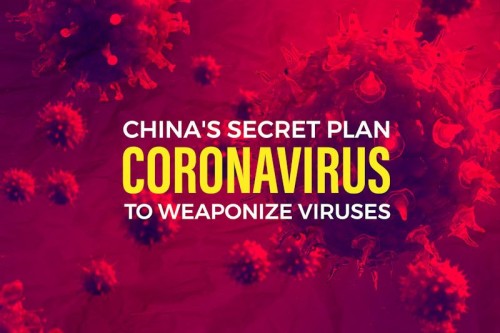 In late 2020, Brianne Dressen began to spend hours in online communities for people with Long #Covid, a chronic, disabling syndrome that can follow a bout with the virus. “For months, I just lurked there,” says Dressen, a former preschool teacher in Saratoga Springs, Utah, “reviewing post after post of symptoms that were just like my own.”

Dressen had never had COVID-19. But that November, she’d received a dose of AstraZeneca’s vaccine as a volunteer in a clinical trial. By that evening, her vision blurred and sound became distorted—“I felt like I had two seashells on my ears,” she says. Her symptoms rapidly worsened and multiplied, ultimately including heart rate fluctuations, severe muscle weakness, and what she describes as debilitating internal electric shocks.

He said there were three vital issues that must be grasped. The first was the issue of living space—because China is severely overpopulated and China’s environment is deteriorating. The second issue, therefore, is that the Communist Party must teach the Chinese people to “go out.” By this Gen. Chi meant the conquest of new lands in which a “second China” could be built by “colonization.” From this arises the third vital issue: the “issue of America.”

Gen. Chi warned his listeners: “This appears to be shocking, but the logic is actually very simple.” China is “in fundamental conflict with the Western strategic interest.” Therefore, the United States will never allow China to seize other countries to build a second China. The United States stands in China’s way.

Chi explained the problem as follows: “Would the United States allow us to go out to gain new living space? First, if the United States is firm in blocking us, it is hard for us to do anything significant to Taiwan, Vietnam, India, or even Japan, [so] how much more living space can we get? Very trivial! Only countries like the United States, Canada, and Australia have the vast land to serve our need for mass colonization.”

“We are not as foolish as to want to perish together with America by using nuclear weapons,” said the general. “Only by using non-destructive weapons that can kill many people will we be able to reserve America for ourselves.” The answer is found in biological weapons. “Of course,” he added, “we have not been idle, in the past years we have seized the opportunity to master weapons of this kind.”

The Wuhan version is labeled 2019-nCoV instead of simply NCoV, Why?

Citing experts who have likened the current global environment to the situation in the 1920’s and 30’s, the Kremlin leader cautioned that the world was heading down a potentially disastrous path.

“In the 20th century, the failure and inability to centrally resolve such issues resulted in the catastrophic World War II,” he said. “Of course, nowadays such a heated conflict is not possible, I hope that it’s not possible in principle, because it would mean the end of our civilization.”

They want you to believe that 43,000 deaths overwhelmed the US healthcare system 😂 at a time when less people are dying in America.