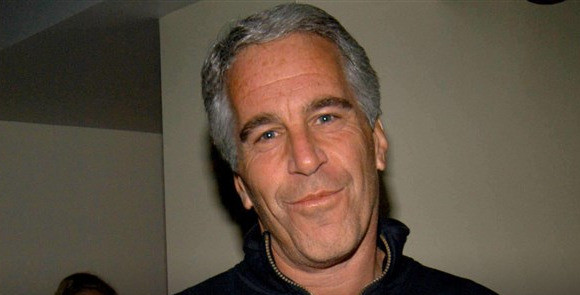 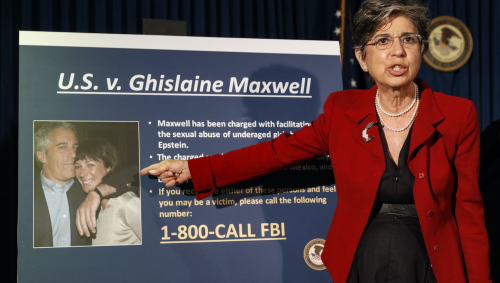 Here is a consolidated PDF of the #GhislaineMaxwell release with all 512 files (~168mb, 5578 pages). OCR has been run on all scanned pages to make searching easier. #Epstein #MaxwellFiles

Link to the Files: https://gofile.io/d/Z9KRAg

Please let us know if you have a chance to do this and feel free to share any shocking unraveled redactions.

The Dailymail.com reports: The Clintons regularly stayed at Jeffrey Epstein's weird New Mexico ranch where the deceased pedophile had grand plans to seed the human race with his DNA, according to his estate manager.

Bill and Hillary Clinton stayed at Jeffrey Epstein's notorious 'baby-making ranch' almost every year after they left the White House, according to the disgraced financier's estate manager.

The former president was Epstein's closest 'celebrity mate' and the Clintons, along with daughter Chelsea, visited Zorro Ranch 'a whole bunch of times', a former contractor who ran the IT system at the property told DailyMailTV in an exclusive interview.

Read the full article on the DailyMail.

Is a Justin Trudeau 'pedophile' Underage Sex Scandle About to Break?

Less than two weeks ahead of federal elections that have already been looking conclusively grim for Prime Minister Justin Trudeau, rumors of an explosive sex scandal are percolating at the highest echelons of Canada’s media establishment.

Ottawa’s longest-tenured political observers had been expecting a career-ending expose in Saturday’s edition of The Globe and Mail — but that story never came.  Sources are now telling The Chronicle that Trudeau is in private talks with the principal source of that piece to suppress explosive sex allegations that, if made public, would likely force Trudeau to resign his office.

Trudeau’s accuser is said to be a former student at West Point Grey Academy and the daughter of a wealthy Canadian businessman.  Sources tell The Chronicle that she is being represented by counsel and is being offered monetary compensation in exchange for a pending, but not yet signed, non-disclosure agreement.

According to a report in the Buffalo Chronicle, the party is doing everything in its power to suppress a sex scandal involving Trudeau and the daughter of a wealthy Canadian businessman who Trudeau reportedly may have become involved with when she was a student at West Point Grey Academy, a prestigious private school where Trudeau worked as a substitute teacher in his 20s.

The Chronicle's sources claim that political observers had been anticipating an expose in Saturday's Globe and Mail. However, it appears Trudeau and his people have gotten to the woman, and are in the process of negotiating an NDA. The woman is being represented by counsel, and is reportedly being offered monetary compensation.

Trudeau worked as a substitute teacher at the private school from 1999 until an abrupt departure in June 2001. It has long been rumored that Trudeau had improper relations with female students while working at the school, though nothing has ever been substantiated. At the time of his departure he hired his father’s lawfirm, Heenan Blaikie, to represent him in the matter. The firm issued a bizarre statement that denied that Trudeau was leaving his part-time position in order to pursue public speaking opportunities. He was 29 years old.

The prime minister was briefly embroiled in a sexual harassment scandal after being accused of "groping" a reporter back in 2000. Trudeau swiftly acknowledged that he was wrong and apologized for groping the reporter.

But a sex scandal involving a potentially underage student would likely end his political career.

This right after the leading candidate to replace Justin Trudeau as Canada’s prime minister attacked him during the second debate of the campaign, calling him a phoney and fraud who cannot even recall how often he has worn blackface.

Conservative party leader Andrew Scheer immediately brought up Mr Trudeau’s blackface scandal after it was not mentioned in the first debate.

Mr Trudeau is seeking a second term in the October 21st elections.

“Mr Trudeau, you’re a phoney and you’re a fraud and you do not deserve to govern this country,” Mr Scheer said.

The blackface controversy surfaced last month when Time magazine published a photo showing the then-29-year-old Mr Trudeau at an Arabian Nights party in 2001 wearing a turban and robe with dark makeup on his hands, face and neck.