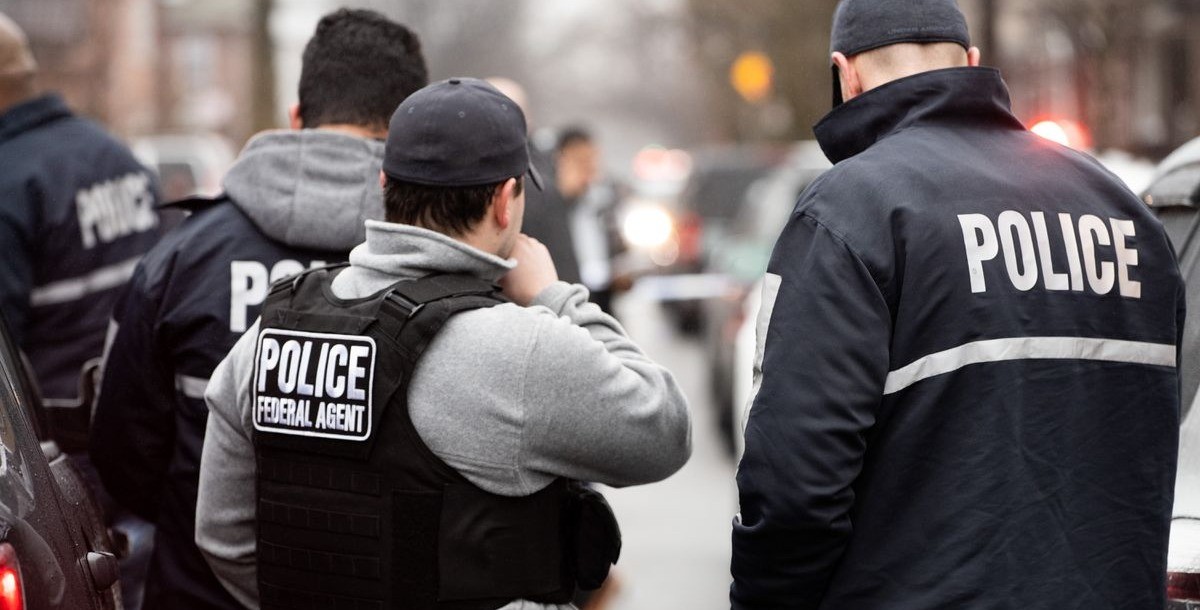 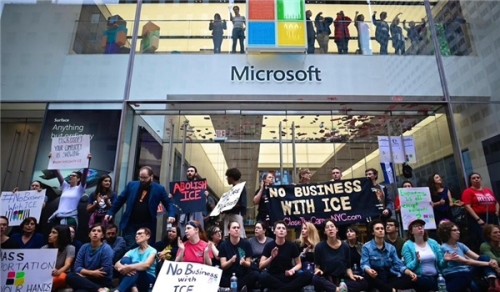 Police say they took 76 people into custody Saturday who blocked traffic near the Fifth Avenue store in Manhattan, according to AP.

The protesters criticized Microsoft for doing business with US Immigration and Customs Enforcement.

They decried what they called the agency’s racist campaign against immigrants and asylum seekers.

A Microsoft spokeswoman announced that the company closed the store for the rest of the day.

The protest comes amid mounting criticism of companies working with ICE.

Some of Microsoft’s own employees demanded last year that it cancel its data processing contract with ICE.

Saturday’s march and sit-in was organized by a coalition called Close the Camps NYC. 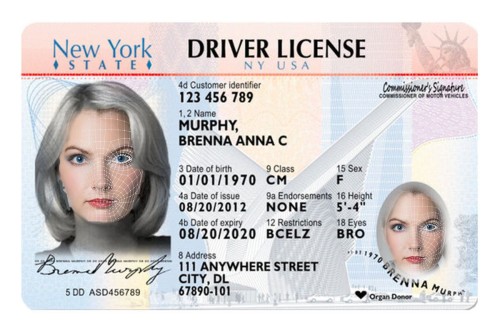 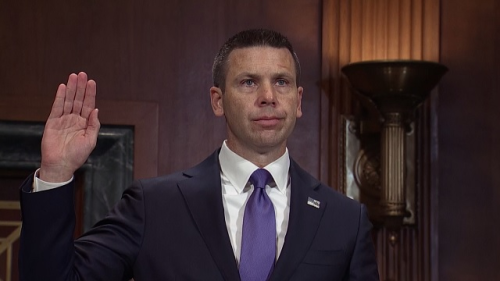 The acting head of DHS, Kevin McAleenan, reportedly leaked the details of the operation (he traveled alongside the WaPo reporter who broke the story earlier this week) in what sources described as a deliberate attempt to sabotage the raids.

This week's big leak about a major Immigration and Customs Enforcement operation was orchestrated by acting Homeland Security Secretary Kevin McAleenan in an effort to sabotage the raids before they were scheduled to take place, according to three current and two former senior administration officials.

In a move he said was to placate Democrats, President Trump announced on Saturday that the nationwide immigration enforcement operation planned to start Sunday — aimed at migrant families who illegally remain in the country despite being denied asylum — was called off to give lawmakers two weeks to work on a plan to fix legal “loopholes” he said have enticed migrants to come to the U.S.

However, all five officials who spoke with the Washington Examiner confirmed McAleenan's decision to go rogue and stymie the operation was what prompted the White House to call off the 10-city operation.

"I know he has not approved of this operation for months," one person familiar with those private conversations said during a phone call Saturday night. "The president wouldn’t leak that. ICE wouldn’t leak that. There’s only a few people involved in these discussions...the only one who could have shared the details of those operations were Kevin."

"That’s our belief," a second official said when asked if McAleenan was behind the leak. "The secretary was not supportive from day one."

ICE advised the administration to cancel the raids after the leaks not only because targets might have been tipped off by the news and fled wherever they had been staying, but because the leaks could put agents in danger.

The third anonymous source quoted by the Examiner blasted McAleenan as a sucker for 'Never Trumpers' and 'liberals' and insisted the leak would "leave an un-erasable mark" on his time at the head of DHS.

A third official claimed McAleenan "cares more about what liberals and 'Never Trumpers' in Congress and the media think of him the achieving the express mission of his department."

"[T]his will leave an un-erasable mark on his tenure," the third official wrote in a text message Saturday evening.

Leaking the information would only have “benefitted one person” who had knowledge of the plan, according to the first person, who added there was “no doubt in my mind” McAleenan either told the Post himself or had a close comrade at DHS take care of it.

"His hands were dirty," that same official said.