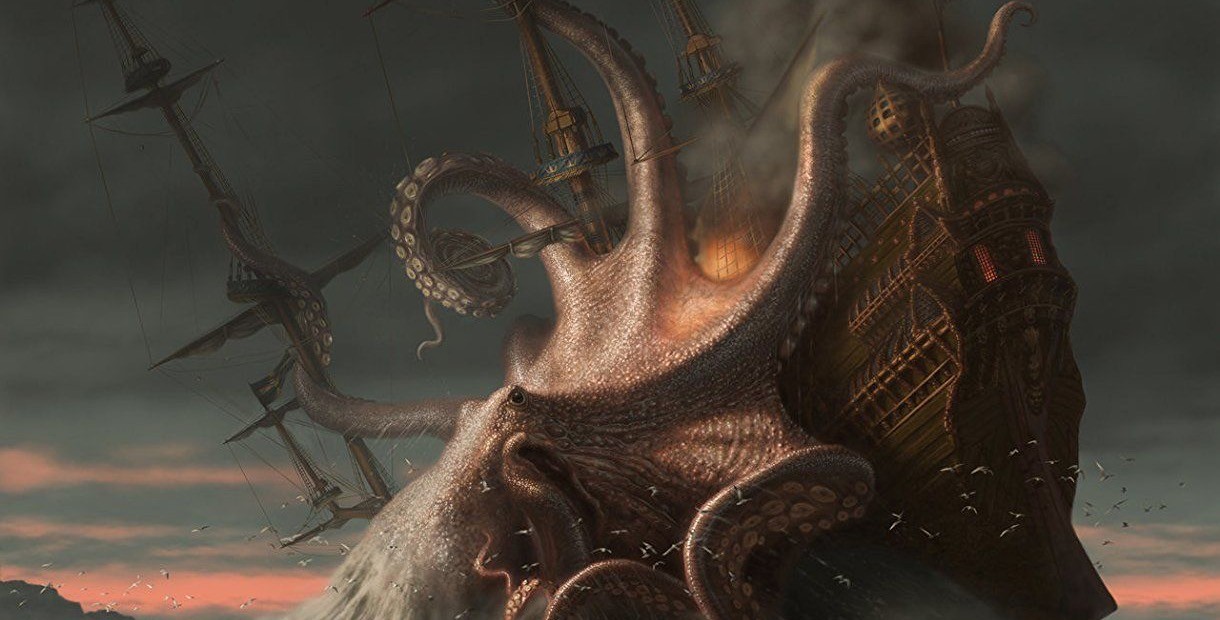 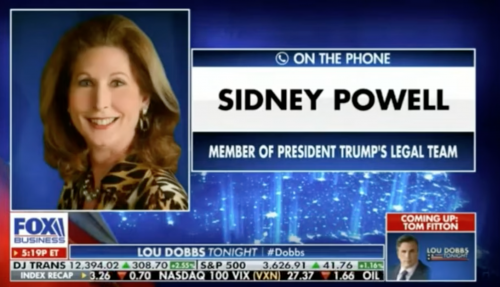 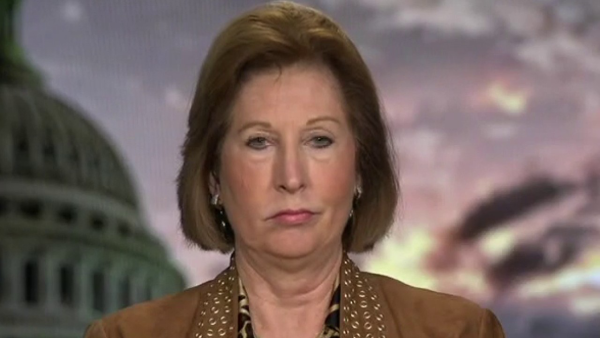 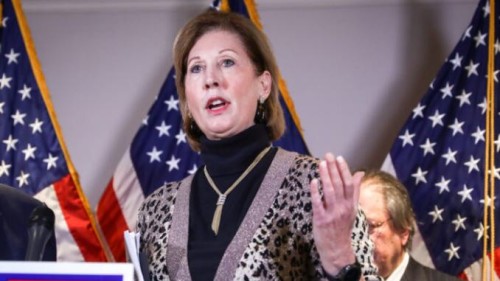 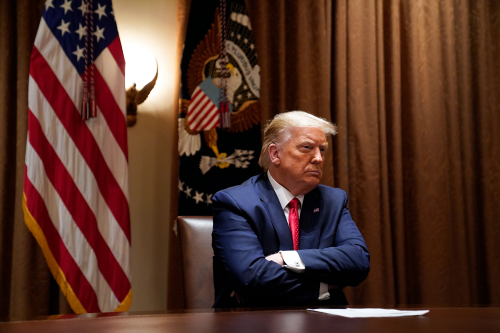 President Donald J. Trump is Running Out Of Chances To Overturn Election Defeat

Nothing to hide, Dominion Voting Systems 'Lawyers Up' Pull Out Of Pennsylvania Fact-Finding Hearing 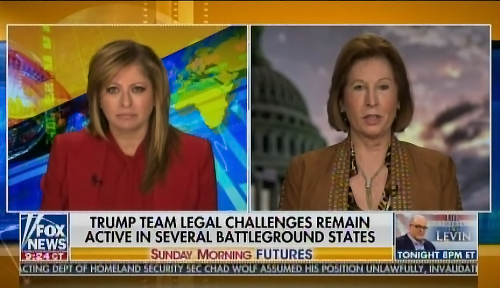 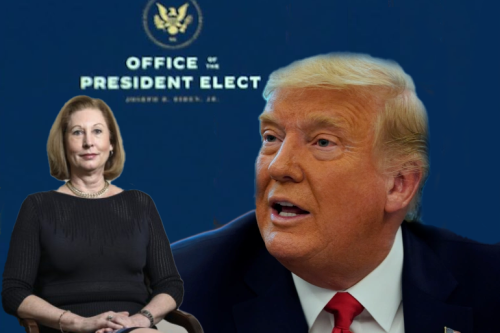 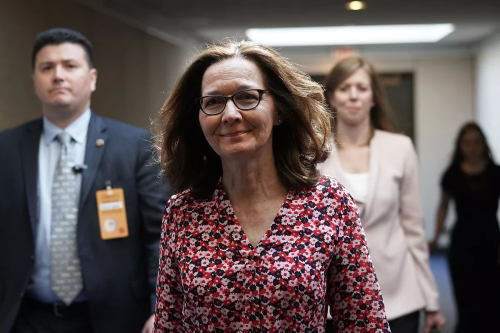 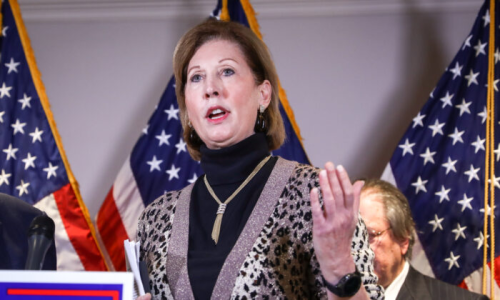 Sidney Powell and Rudy Giuliani are accusing Democrats of Sedition

1. Observers were allegedly prevented from watching mail-in ballots being opened. Giuliani said that many mail-in ballots were opened without observers being able to check that they were properly signed, a key protection against fraud. Those votes, he said, were “null and void,” especially where the envelopes had been discarded, making recounts useless.

2. Allegedly unequal application of the law in Democratic counties. In Pennsylvania, whose state supreme court created new, relaxed voting rules before the election, Giuliani alleged that absentee voters in Democratic counties were allowed to “cure” defects in their ballots, while voters in Republican counties, which obeyed the state law as written, were not.

3. Voters allegedly arrived at the polls to discover other people had voted for them. Giuliani said that many provisional ballots cast in Pittsburgh were submitted by people who showed up to vote in person, only to be told that they had voted already. He alleged that Democrats had filled out absentee ballots for other people, hoping they would not show up.

5. Ballots casting votes for Joe Biden and no other candidates were allegedly run several times through machines. Giuliani said that there were 60 witnesses in Michigan who would attest to ballots being “produced” quickly and counted twice or thrice. He said that a minimum of 60,000 ballots, and a maximum of 100,000 ballots, were allegedly affected.

7. There were allegedly “overvotes,” with some precincts allegedly recording more voters than residents, among other problems. Giuliani said there was an unusually large number of overvotes in precincts in Michigan and in Wisconsin, which he alleged was the reason that Republicans on the Wayne County Board of Canvassers had refused to certify the results there this week. He also alleged that there were some out-of-state voters in Georgia, and people who had cast votes twice there.

8. Voting machines and software are allegedly owned by companies with ties to the Venezuelan regime and to left-wing donor George Soros. Sidney Powell argued that U.S. votes were being counted overseas, and that Dominion voting machines and Smartmatic software were controlled by foreign interests, manipulating algorithms to change the results. Powell noted specifically that Smartmatic’s owners included two Venezuelan nationals, whom she alleged had ties to the regime of Hugo Chavez and Nicolas Maduro. The legal team alleged that there were statistical anomalies, such as huge batches of votes for Biden, that could not be explained except as manipulation — which, they alleged, happened in the wee hours of the morning as vote-counting had stalled. (The companies have disputed these allegations vigorously.)

9. The Constitution provides a process for electing a president if the vote is corrupted. Jenna Ellis argued that the media, had usurped the power to declare the winner of the election. She made the point, citing Federalist No. 68, that the constitutional process of selecting a president had procedural safeguards against corruption and foreign influence.
Giuliani said that the campaign believed that enough votes were flawed — more than double the margins between Biden and Trump in key states — that the president had a path to victory.

"We will not be intimidated...We are going to clean this mess up now. President Trump won by a landslide. We are going to prove it. And we are going to reclaim the United States of America for the people who vote for freedom."—Sidney Powell Nothing to hide, Dominion Voting Systems 'Lawyers Up' Pull Out Of Pennsylvania Fact-Finding Hearing

Dominion Voting Systems Thursday night abruptly backed out of attending a fact-finding hearing that was set for Friday morning with the Pennsylvania House State Government Committee.

At a press conference Friday morning, State Govt Committee Chair Seth Grove said the 1.3. million Pennsylvanians who used Dominion’s voting machines have been “hung out to dry and slapped in their faces.”

Pennsylvania lawmakers had scheduled the hearing with the voting machine manufacturer “to help identify and correct any irregularities in the election process,” according to the House Republican Caucus.

“It is vitally important voters have faith in the machines they use to cast their ballots. On the heels of Gov. Tom Wolf unilaterally decertifying every voting machine in the Commonwealth, we need to know whether these new machines met expectations, whether they are reliable and whether they are not subject to interference,” said Rep. Grove (R-York).

Dominion had initially agreed to attend the hearing, before it “abruptly canceled,”  Grove said.

“I was impressed at what appeared to be the willingness that Dominion Voting Systems to address accusations and it would have put 1.3. million Pennsylvanians who used their machines at ease—including myself, thinking that Dominion was willing to publicly back up their product which PA taxpayers invested millions to purchase” he noted during the presser. “Unfortunately, last evening, Dominion Voting Systems lawyered up, and backed out of their commitment to the people of Pennsylvania to provide their input in a public format.”

Grove blasted the company for “retreating into the darkness,” rather than appearing at the hearing with “honesty and integrity.”

“Why would a vendor of public goods fear discussing their product sold to the public for the public good? If Dominion’s products were successful and operated as they were supposed to, why wouldn’t Dominion take the opportunity to publicly review its success?” Grove continued.

“How hard is it to say ‘our ballot machines worked exactly as promised and they are 100 percent accurate’?” he asked, noting that the company has not released any data proving tallies were accurate.

“If they have nothing to hide, why are they hiding from us?” Grove questioned.

“Not only are Pennsylvanians more skeptical, but the actions of Dominion voting systems last night have lent credibility to their accusers’ accusations,” he added, noting that “to date” Democratic Secretary of State Kathy Boockvar has no plans “to address any concerns” about election integrity.

“I can tell you that the company was started with Venezuelan money in Venezuela for the express purpose of rigging elections for Hugo Chavez,” Powell said in a Fox Business interview Friday.