Wonder if the prosecutors in the DE tax case against Hunter know about this? I promise all you devils, the army of decent Americans are coming for you like a prairie fire. I always keep my oaths.
#DOJ #FBI #IRS #bidencrimefamily #hunter #NYT #WaPo #WSJ 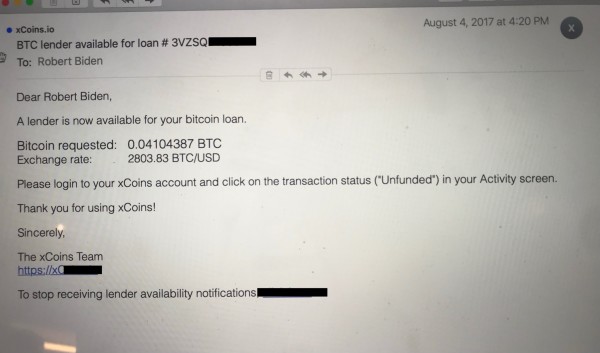 NEW - #IRS is collaborating with #IDme, a startup that could create a huge new pool of Americans' personal data for police and other authorities to tap into. 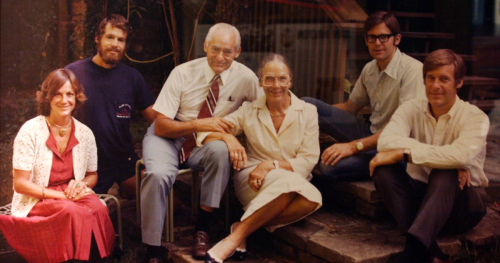 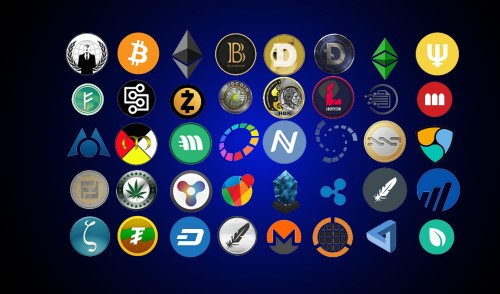 Wonder if the prosecutors in the DE tax case against Hunter know about this? I promise all you devils, the army of decent Americans are coming for you like a prairie fire. I always keep my oaths.
#DOJ #FBI #IRS #bidencrimefamily #hunter #NYT #WaPo #WSJ

NEW - #IRS is collaborating with #IDme, a startup that could create a huge new pool of Americans' personal data for police and other authorities to tap into.

The US is the wealthiest country in terms of having more billionaires than any other nation. While many of the richest people built their fortunes on their own, like Jeff Bezos, a large proportion was born into wealth, such as the heirs of America's wealthiest families, including the Waltons and the Mars family, among others.

A total of 27 of the top 50 dynasties on the Forbes 2020 list of wealthy families, with a combined wealth of $1.2 trillion, were also on the Forbes 400 list in 1983, and, according to a new analysis from the Institute for Policy Studies (IPS), it is wealth preservation, not generation, that allows these families to remain so rich.

And it is the tax structure in the US that has moved in favor of the wealthy over time, the organization stated.

"America’s dynastic families, both old and new, are deploying a range of wealth preservation strategies to further concentrate wealth and power — power that is deployed to influence democratic institutions, depress civic imagination, and rig the rules to further entrench inequality," the report's introduction said. "This tax avoidance means less support for the infrastructure we all rely on to preserve our health, safety, and quality of life."

According to the study titled "Silver Spoon Oligarchs: How America's 50 Largest Inherited-Wealth Dynasties Accelerate Inequality", the US wealthiest 0.01% pay only a sixth of the tax they would have paid in 1953. As a matter of fact, when evaluated as a percentage of their wealth, the taxes paid by American billionaires fell by 79% between 1980 and 2018.

And this all includes lower-income, estate, and capital gains taxes which the super-rich already have more of than the average American, the report claims.

"The ultra-wealthy, especially dynastically wealthy families, have in fact created a two-tier tax system: one set of rules for themselves, another for everyone else," the study said. "As a result, we end up with absurd situations where a senior government official is able to say that "only morons pay the estate tax" — openly acknowledging that the US estate tax system is optional for the wealthiest."

According to the IPS, the wealth of dynastic families expanded at a rate ten times faster than that of regular families. Over the 37 years since appearing on the Forbes 400 list in 1983 and the Forbes Billion-Dollar Dynasties list in 2020, the total assets of the 27 families have increased by around 1,007%.

One of the popular choices the US' wealthiest families use to maintain their status is by donating to think tanks that aim to lower tax payments, thus giving some money away can actually help them keep more of it in the long run.

Many foundations established by the ultra-wealthy help those in need, but the IPS analysis also indicates that certain dynastically wealthy families have utilized those foundations to fund research institutes that are normally subsidized by the public. As a result, many think tanks promote policies that benefit the rich, such as campaigning for large tax cuts.

For example, Charles Koch, whose father Fred Koch founded Koch Industries, has formed a slew of charity organizations dedicated to wealth redistribution. The Bill of Rights Institute, for example, supplies materials for high school social studies classes, but it might allegedly be driven by a desire to promote a free market, low-tax society.

"The top 50 families have set up more than 248 foundations between them, housing more than $51 billion in assets. While many move much-needed revenue to broader public interest charities, others fund groups working to reduce taxes on the wealthy and roll back regulations that constrain corporate profits," the research added. "Some funnel millions to donor-advised funds, which can fund dark-money political advocacy. And in a few cases, family members have used them to compensate themselves."

One such illustration of an existing institution working for the benefit of the richest, for instance, is the Heritage Foundation, which has a long history of advocating for anti-tax legislation and is a popular choice among those who want to pay less tax.

Although a considerable proportion of billionaires tend to donate half, or even all of their money to charity before they die as part of an effort to improve their reputation and bolster their legacy, because dynastic prosperity is built on passing wealth down through generations, the wealthiest families usually do not donate large sums of money to charity.

For instance, only four rich descendants of dynastic families have joined Bill Gates', Melinda French Gates', and Warren Buffett's Giving Pledge, which requires them to give away half of their money in their lifetime.

While some extremely wealthy individuals donate directly to organizations, most dynastic families prefer to channel their philanthropy through private family foundations, owing reportedly to the significant tax benefits they gain for establishing them and donating to them on a yearly basis.

According to the report, money kept in some private foundations used to provide money to charity is "not always moving out as fast as it could."

In contrast, 248 foundations distributed grants to causes at a median rate of just 5.7% of assets, barely above the legal requirement of 5%, the study found out. Moreover, 98 foundations gave awards at a rate of less than 5%.

As one might expect, billionaires who do not want to donate to think tanks or charities often give directly to political candidates, campaigns, and political action committees (PACs) that will benefit them financially in the long run.

And the wealthiest citizens have spent vast sums of money in order to elect their preferred candidate. One such example cited in the report is Timothy Mellon, who controls a piece of the $11.5 billion Mellon family fortune, and who donated $60 million to anti-tax PACs supporting Donald Trump's re-election and more forgiving tax policies during the 2020 election cycle.

"Several [dynastic families] have corporate political action committees which give millions to candidates and campaigns. Many family members give to candidates and PACs; several serve on policy advisory boards; and a few have served in government themselves, including as governors, cabinet members, and even vice president," the study summed up.

Several dynasties opt to use family offices to help maintain their wealth management within the family, which can provide significant privacy and control benefits, such as allowing the ultra-rich to pursue higher returns through riskier investments.

According to the report, around 10,000 family offices currently exist around the world, half of which were established in the last 15 years. A family office has been used by everyone from the Cargill-MacMillan family to Oprah Winfrey to keep their money safe.

The report concludes with a listing of possible and already proposed measures for reforming the tax system, which would close the loopholes in the existing legislation. Among them are proposals for a surtax of 10% for those with an annual income over $3 million, which would reportedly add almost $660 billion to the treasury in 10 years, as well as a proposal for a 3% tax of every dollar on top of a total fortune of $1 billion.

Among other things, the measures cited in the report propose to limit the duration of dynastic trust funds at the federal level, as well as to prohibit the activities of some of the trusts that use legal loopholes.

The purported measures include, for instance, strengthening the generation-skipping tax, which is intended to deter estate and gift tax avoidance, by extending it to any trust with a term of more than 50 years, as well as preventing wealthy families from avoiding gift taxes by taxing the revenue generated by assets held in grantor trusts.

All in all, the authors conclude that it is the responsibility of the federal government to step up administrative action to force the rich to play by the same rules as the other 99.9%.

"These trends are alarming for the health of a republic that aspires to widely held prosperity and opportunity. If we stay on our current trajectory, families of inherited wealth will exert ever more control over public policy and the public pocketbook. But we can choose to move in a new direction: to enact economic policies that strengthen society as a whole, ensuring equal opportunity and dignity for all, not just the very few," the report concluded.

Joe Biden stated in his term's early days that he is committed to overhauling how Americans pay taxes so that the affluent follow the same laws as everyone else, including overturning Donald Trump's massive tax cuts from 2017.

Meanwhile, according to IRS data recently published by the nonprofit news organization ProPublica, America's 25 wealthiest people paid a "true tax rate" of only 3.4 percent between 2014 and 2018, compared to the 14 percent paid by the median American household and the 37 percent rate currently paid by most people with incomes of $523,600 or more, after taking advantage of tax breaks.

Crypto exchanges don't report client information to the IRS like discount digital brokerages do, so there's temptation for traders to try and skate by. But if this approach worked in the past, be warned: that could change this year now that the Dems are back in power.

Binance doesn't even allow American customers to trade on its platform (though it has been accused of illegally doing so by turning a blind eye to users trying to skirt this rule), but other investigations and summonses of note go back even further. In 2016, the IRS received approval for a similar summons for Coinbase and obtained information for about 13K customers. The agency sent letters urging many of them to make sure their crypto taxes were paid, as the IRS might soon be taking a hard look.