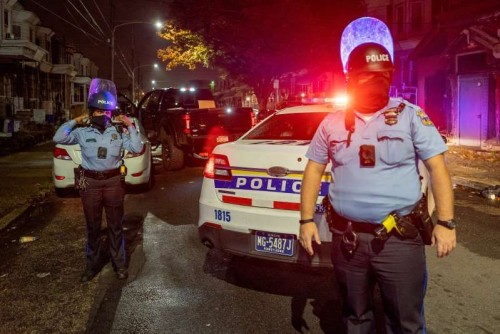 30 Philadelphia officers injured, one run over by truck, in protests after police fatally shoot Black man 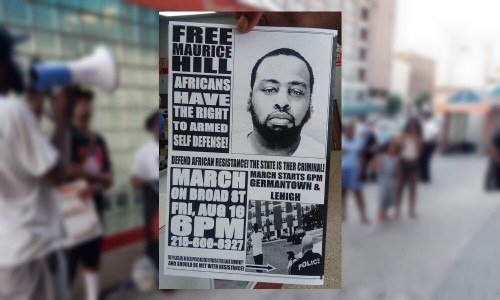 30 Philadelphia officers injured, one run over by truck, in protests after police fatally shoot Black man

More than 300 people marched through the streets of Philadelphia late Monday into early Tuesday to protest the shooting of Walter Wallace, Jr. which was captured on video. Dozens of officers were injured with rocks, bricks and other projectiles and a 56-year-old female officer was hit by a pickup truck and hospitalized with a broken leg, WCAU-TV reported. A police car was set on fire and officers used batons to push crowds back, according to video shared on social media. The crowd then largely dispersed.

There is a protest planned for Friday to free Maurice Hill and for the right of Africans to carry guns in self defense.

Maurice Hill, the criminal who wounded six police officers in a shootout in Philadelphia and was arrested after a seven-hour standoff, attended a radical mosque.

The mosque, called Masjid Ahlil Hadith Wal Athar, is known for preaching the Islamist ideology promoted by Saudi Arabia referred to as “Wahhabism.”

Clarion Intelligence Network has been aware through its sources that the area where the shootings took place is known for trafficking in guns, drugs and counterfeit items. This criminal market has a strong Islamist element that includes extremist gangs.

Hill’s older sister said he “occasionally attended” an unnamed mosque, confirming initial reports from our sources that Hill is a Muslim. The sources do not yet have first-hand evidence of the shooter being personally involved in Islamist extremism.