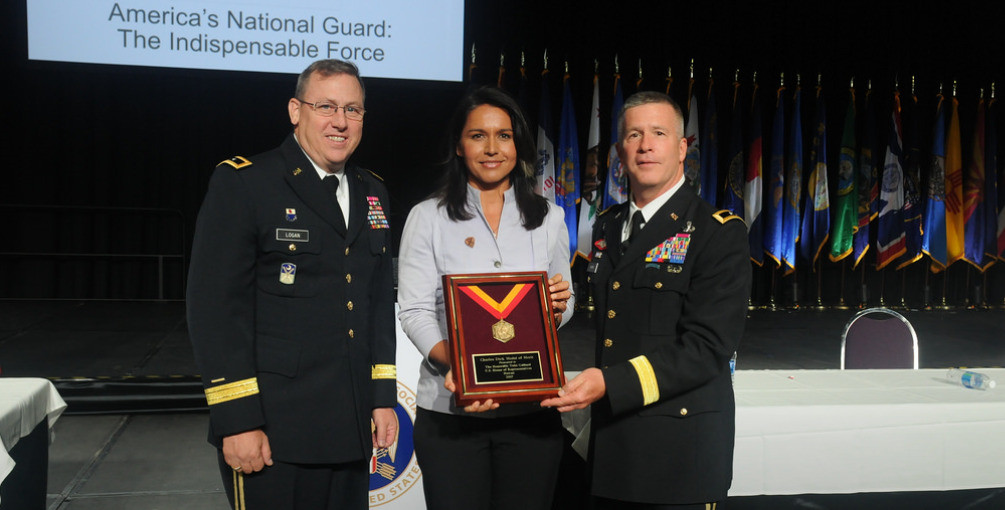 Is this the end to Biden's presidential run?

Kamala Harris' Record: Jailed '1,500 People' for Weed and 'Laughed About It'

Gabbard vs. Harris: You Kept Prisoners Locked Up For Labor, Blocked Evidence That Would Free Man On Death Row.

Gabbard crushed Harris onstage, over her criminal justice record. “She put over 1,500 people in jail for marijuana violations and then laughed about it when she was asked if she ever smoked marijuana,” Gabbard said, referring to a February 2019 interview in which Harris admitted to smoking pot.

“I’m not making any predictions, but I think they’ve got their eye on someone who’s currently in the Democratic primary and are grooming her to be the third-party candidate. She’s the favorite of the Russians,” said Clinton, apparently referring to Rep. Gabbard, who’s been accused of receiving support from Russian bots and the Russian news media. “They have a bunch of sites and bots and other ways of supporting her so far.” She added: “That’s assuming Jill Stein will give it up, which she might not because she’s also a Russian asset. Yeah, she’s a Russian asset—I mean, totally. They know they can’t win without a third-party candidate. So I don’t know who it’s going to be, but I will guarantee you they will have a vigorous third-party challenge in the key states that they most needed.”

Gabbard blasted the media during the debate earlier this week for smearing her by claiming she is a Russian asset.

“The New York Times and CNN have also smeared veterans like myself for calling for an end to this regime change war [in Syria]. “Just two days ago, The New York Times put out an article saying that I’m a Russian asset and an Assad apologist, and all these different smears.”