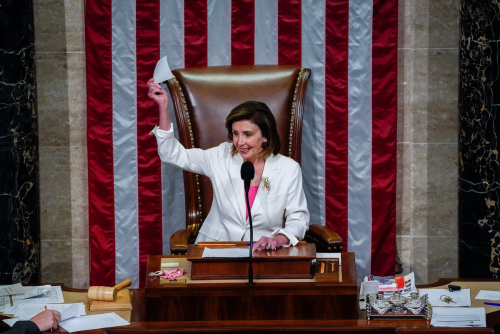 Biden who turns 79 on Saturday and is the nation’s oldest president, wasn't able to celebrate, as he was under anesthesia getting a colonoscopy at Walter Reed for his first annual physical as president. The vote had been delayed after House Minority Leader Kevin McCarthy spoke on the House floor for an astonishing eight hours and 32 minutes

Investing in America’s infrastructure was always bipartisan in the Congress, because roads, bridges, water systems, ports, and more impact every town, city, and state — Blue, Red, and Red to Blue as we #BuildBackBetter. Today’s House Republicans vote NO, but take the dough.