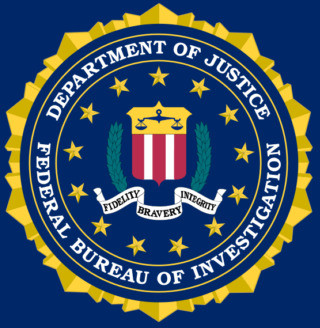 BREAKING:BOMBSHELL #Maddow report that a lawyer for the computer researcher who alerted the #FBI years ago, of strange communications between Trump's servers and Russia's #AlfaBank-claims Trump's DOJ dismissed as a hoax-has written to AG Garland saying the comms were REAL. WHOA1! 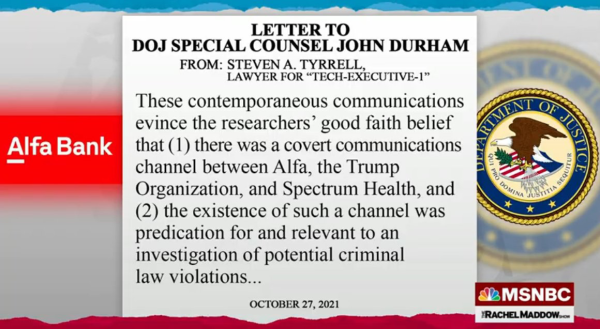 The Inspector General’s Report on 2016 FBI Spying Reveals a Scandal of Historic Magnitude: Not Only for the FBI but Also the U.S. Media

Disclose.tv
Added a video  to  , FBI
Kyle Rittenhouse now slams the prosecutors and the FBI in previously unseen interview clip.

BREAKING:BOMBSHELL #Maddow report that a lawyer for the computer researcher who alerted the #FBI years ago, of strange communications between Trump's servers and Russia's #AlfaBank-claims Trump's DOJ dismissed as a hoax-has written to AG Garland saying the comms were REAL. WHOA1!

Major police and FBI activity at Brian Laundrie's parents North Port home, which is now considered a crime scene. Police have been trying to get information from the Laundrie family since September 11, when Petito was officially reported missing by her family.

The FBI could have acted last week when Laundrie was at home but delayed the action.

Law enforcement now has tracking access for both Brian Laundrie and Gabby Petito’s cell phones. This means they can track where the phones currently are located as well as where they have been. Police do not physically have either of the phones.

Laundrie has been missing for days since he returned home from a cross-country road trip without his fiancée, Gabby Petito. Authorities on Sunday confirmed a body found in the section of Wyoming's Bridger-Teton National Forest.

The FBI confirmed the body of Gabrielle "Gabby" Petito was found on Sunday by law enforcement agents but the cause of death has not yet been determined, with an autopsy set for Tuesday.

Investigators are carrying out a search warrant at the home of Brian Laundrie as work continues to figure out where he may be located.

Former FBI Attorney Kevin Clinesmith is expected to plead guilty to altering Carter Page evidence to support the FISA warrant used to spy on the Donald Trump campaign in 2016.

A former attorney with the FBI's National Security and Cyber Law Branch while working under FBI's top lawyer, James Baker, Clinesmith resigned in September 2019 after he was interviewed by Horrowitz's office. Horrowitz in turn sent a criminal referral to US Attorney John Durham, who was tasked with investigating the Obama DOJ's conduct surrounding the 2016 US election.

On Thursday, Barr told Hannity that "if people crossed the line, if people involved in that activity violated criminal law, they will be charged."

"We’re not doing this on the election schedule," he said, adding "We’re aware of the election. We’re not going to do anything inappropriate before the election. But we’re not being dictated to by this schedule."

While this is not new news, we expect democrats will be crying that the DOJ is trying to influence an election, don't expect the press corps to let allegations of abuse influence their support for Biden during this election cycle.

Here is an excerpt form and opinion piece in the Wall Street Journal, January 30, 2020 that suggests the same:

Who Is Kevin Clinesmith?

Even after the collapse of the collusion thesis, good luck getting the press corps interested in allegations of Obama-era abuse.

It was an almost unbelievable story—fit for a spy novel, and among the most disturbing and consequential allegations of governmental abuse in recent history. The alleged abuse went right to the heart of our ability to participate in free and fair elections. But much of the U.S. media seems ready to forget about it.

On December 9 Justice Department Inspector General Michael Horowitz reported that a critical piece of evidence used to obtain a warrant to spy on a Trump campaign associate in 2016 was falsified by an FBI lawyer.

Even before the release of the report, the New York Times had the scoop in November but buried it under a headline which suggested a sort of vindication for the FBI: “Russia Inquiry Review Is Said to Criticize F.B.I. but Rebuff Claims of Biased Acts; A watchdog report will portray the pursuit of a wiretap of an ex-Trump adviser as sloppy, but it also debunks some accusations by Trump allies of F.B.I. wrongdoing.”

“Sloppy” is a nice way of describing how a federal court was misled into turning surveillance powers against a U.S. citizen volunteering for the presidential campaign of the party out of power.

When the inspector general’s report arrived in December, it cast the falsified evidence as the most egregious on a long list of problems in the FBI’s Foreign Intelligence Surveillance Act warrant applications targeting Trump supporter Carter Page: 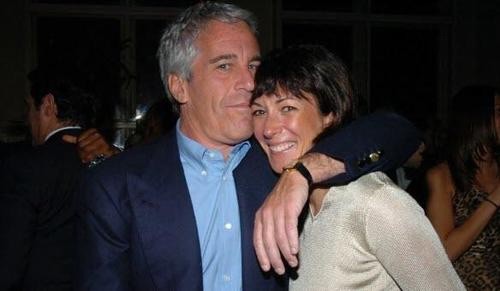