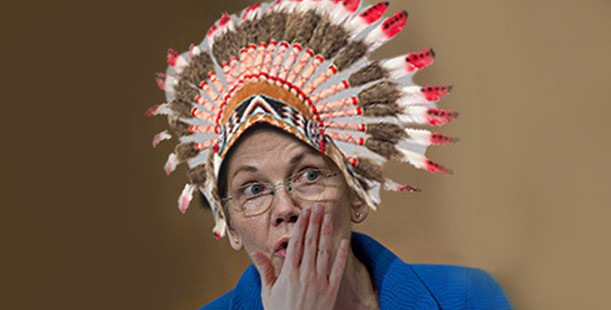 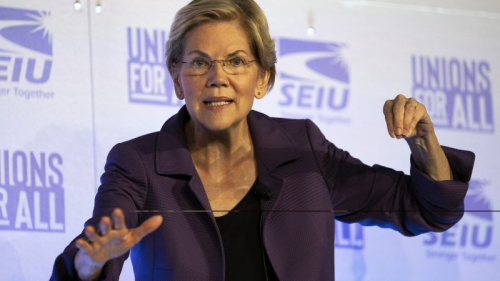 The latest national poll of the Democratic primary conducted by Quinnipiac shows support for Elizabeth Warren plummeting since October from 28 percent to 14 percent, while support for Biden and Buttigieg is ticking upward:

Among the bottom-tier candidates, new entrant Michael Bloomberg is tied with Kamala Harris at 3 percent:

The last Quinnipiac poll was conducted after Pete Buttigieg attacked Warren over Medicare for All at the October Democratic debate but before Warren released her plan to raise taxes by $20 trillion to pay for the $30-$40 trillion program.

Quinnipiac finds that Medicare for All has become more unpopular as more Americans understand what it means: “Medicare for All has grown increasingly unpopular among all American voters, as 36 percent say it is a good idea and 52 percent say it is a bad idea. In a March 26, 2019 poll, 43 percent said good idea, while 45 percent said bad idea. The highest support came in an August 3, 2017 poll when voters said it was a good idea 51 – 38 percent.” While Warren certainly isn’t out of the running yet, she could very well become the second Democratic candidate to become undone by the issue. Kamala Harris’s waffling on Medicare for All played a large part in her campaign’s downfall. 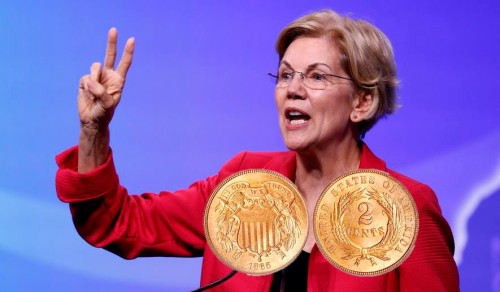 A Forbes analysis of big-money donations in the 2020, found that Pete Buttigieg had the most billionaire donors so far at 23, followed by Sen. Cory Booker with 18, Sen. Kamala Harris with 17, Sen. Michael Bennet at 15 and former Vice President Joe Biden at 13. Warren had three. Sanders had none.

Warren's wealth tax even has the support of some of the billionaires who would be paying it. That includes George Soros, Abigail Disney, and members of the Pritzker and Gund families, who signed an open letter on June 24 outlining their request. Real estate magnate Eli Broad had also separately spoken up in favor of a wealth tax.

Warren’s deceit knows no bounds, she is known for lying about her heritage (American Indian) to get ahead in her career and is currently lying about her campaign being '100% grassroots funded.'

Warren pitches her wealth tax as just a few extra pennies on the dollar for the Rich and it’s become a rallying cry at her events, with the crowd shouting “2 cents!” 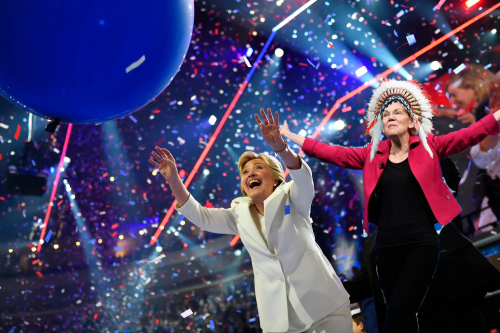 You read it FIRST it on StreetLoc.com

As Hillary Clinton gears up to announce her 2020 presidential run, her campaign is clearing a path for victory.

California Rep. Devin Nunes predicted on Fox News' "Sunday Morning Futures" that Joe Biden's campaign is likely coming to an end -- all because of newly resurfaced reports about his possible misconduct in Ukraine that "first originated back when Hillary Clinton was trying to make sure Biden didn’t get in the 2016 race." These have been resurrected, to clear Joe Biden out of Hillary's way.

The Clinton campaign cleaverly pinned the Biden investigation on President Trump’s so called "solicitation" of the Ukrainian president to interfere in the U.S. political process for Trump’s benefit, claiming it violates the Constitution and federal law—not to mention the public trust. A claim that will be made over and over again as revelations of investigations into Hillary Clinton emerge, after she announces her 2020 bid for president.

Hillary Clinton called in Wall Street's Democratic donors to warn they won't back Sen. Elizabeth Warren if she wins the Democrat party's nomination, and might even support President Donald Trump, according to CNBC.

"You're in a box because you're a Democrat and you're thinking, 'I want to help the party, but she's going to hurt me, so I'm going to help President Trump,'" a senior private equity executive told CNBC.

Warren, a vocal critic of big banks, plans to crack down on the financial industry if she becomes president. In response to a CNBC tweet promoting its story, she wrote "wealthy donors don't get to buy this process" and vowed she wouldn't "back down."

Wrapping it up the former Secretary of State Hillary Clinton, and the likely 2020 Democratic nominee for President of the United States, will chose Senator Elizabeth Warren of Massachusetts as her running mate. An all-Female Ticket will garner the support from Warrens Socialist base and Clinton's loyal and powerful constituency of female supporters even as she is the farthest, she has been from center stage in American politics in almost three decades. 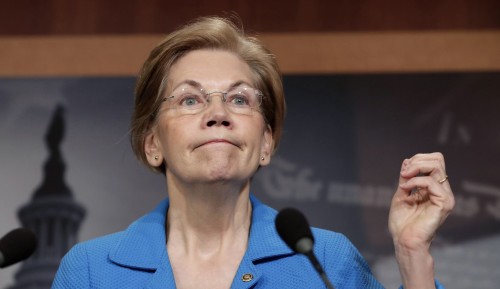 Read the full article on Politico.

Facebook removed several ads placed by Sen. Elizabeth Warren’s presidential campaign that called for the breakup of Facebook and other tech giants.

But the social network later reversed course after POLITICO reported on the takedown, with the company saying it wanted to allow for "robust debate."

The ads, which had identical images and text, touted Warren's recently announced plan to unwind "anti-competitive" tech mergers, including Facebook’s acquisition of WhatsApp and Instagram.

“Three companies have vast power over our economy and our democracy. Facebook, Amazon, and Google," read the ads, which Warren's campaign had placed Friday.

Read the full article on Politico.