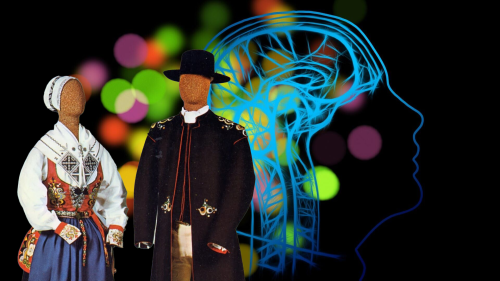 The spike in diagnoses has no medical explanation, although in some extreme cases - such as in the city of Örebro - a whopping 617-percent rise has been measured.

The number of Swedish adults diagnosed with mild forms of intellectual disability has increased sharply.

A review of statistics from the National Board of Health and Welfare by the trade newspaper Psykologtidningen has indicated that that the number of adult patients with mild forms of retardation has more than doubled, increasing by 143 percent, between the years 2008 and 2020.

In concrete figures, the number of adults diagnosed during this period increased from 1,133 to 3,114 people. In some extreme cases, like the city of Örebro, the increase has been measured at an incredible 617 percent.

The National Board of Health and Welfare has no explanation for the spike.

“Obviously there has been an increase. It is therefore important to have a closer look at this,” Peter Salmi, a psychiatric investigator at the National Board of Health and Welfare, said in a statement.

According to Salmi, one possible explanation for the rise could be the fact that the diagnosis manual was updated in 2013. Before that, people with an IQ below 70 were automatically classified as mildly retarded. However, since then more importance is placed on how they function in everyday life and between 2013 and 2020, the number of diagnoses “only” increased by 37 percent.

Salmi further explained that investigations for ADHD and autism have increased in recent years, and those surveys include an aptitude test, which may have increased the number of diagnoses.

Mild intellectual disability (also referred to as mild developmental disorder) occurs in between 0.5 and 1.5 percent of the population. It implies shortcomings in theoretical thinking and learning. The affected individual perceives the outside world in a more concrete way and has difficulties understanding abstract words, symbols and descriptions.