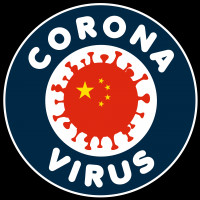 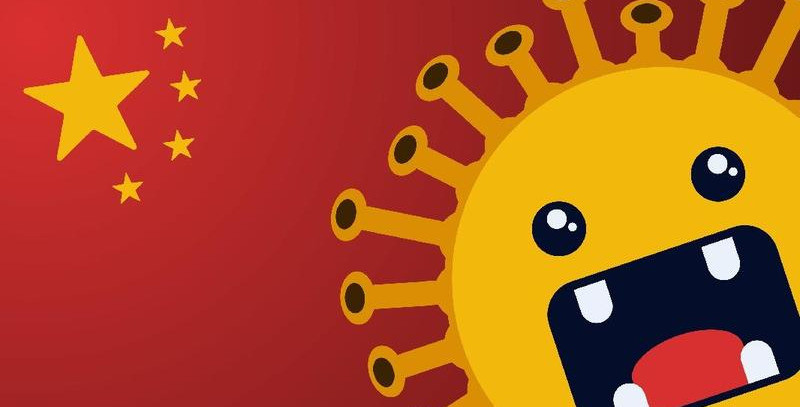 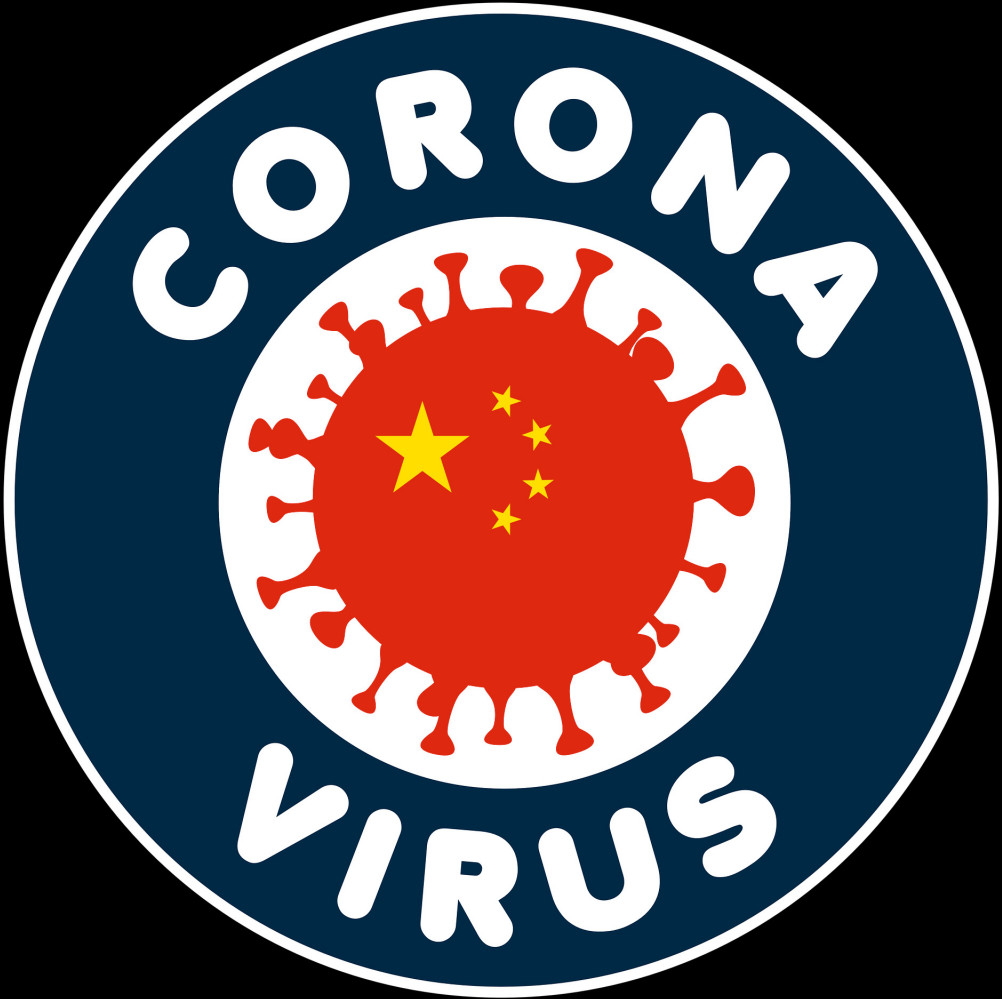 Posted on Gab by Deep Space:

Life is normal in Stockholm. This is exactly what Dr. Falsey is trying to prevent in the US.

Members of Parliament of Brazil break into hospital that claimed to have 5,000 infected & 200 deaths from #COVID19 & CAUGHT THEM RED HANDED NOT ONE PERSON, they have FRAUDED THE WORLD!!

Coronavirus The Press Is Overacting - COVID-19

At issue is the method by which many COVID-19 tests detect a patient's viral load within a given sample. Polymerase chain reaction tests, which have been widely deployed to determine if individuals are infected with the disease, function by amplifying DNA samples to the point that an antigen can be detected and classified.

The European Commission has signed the first agreement for the purchase of 300 million doses of vaccine against the coronavirus as the commission reported.

It is noted that the agreement was signed with the AstraZeneca developer.

The vaccine against coronavirus developed by AstraZeneca is at the large-scale clinical trials of II/III phases after promising results at the I/II phases in safety and immunogenicity.

It was revealed this week that the third round of trials for the AstraZeneca anti-COVID-19 vaccine has been halted due to a “potentially unexplained illness” which had developed in a participant in the United Kingdom, without further specifications about the nature of possible side effects. The vaccine in question was developed in partnership with Oxford University and has reportedly involved around 30,000 participants in the UK, US, Brazil and South Africa. AstraZeneca described the pause as "routine" one to allow for a “standard review process” of “safety data”.

Russia registered the world's first vaccine against coronavirus, dubbed Sputnik V, on 11 August, after it underwent clinical trials at two separate institutions: the Burdenko Main Military Clinical Hospital and the Sechenov First Moscow State Medical University. The vaccine has been tested on 76 volunteers, who were discharged from medical facilities in July after developing an immunity to SARS-CoV-2. The third phase of clinical trials of the Sputnik V vaccine will start on 9 September, according to the Russian Health Ministry which has gathered almost 31,000 volunteers to take part.

According to RDIF, the human adenoviral vector used by Russian scientists has been studied over a long period of time and has “a much greater safety track record” in comparison to the “novel unproven technologies such as monkey adenoviral vectors or mRNA” used by researchers abroad.

This comes as AstraZeneca, which has been developing its own anti-COVID-19 vaccine in partnership with Oxford University, has paused its third round of trials over a “potentially unexplained illness” in a participant in the UK. Several Western states have voiced reservations about the safety of Russia's vaccine, but these have been dismissed by Russia's Health Ministry.

The Health Ministry said that Russia will examine all the data on potential adverse reactions to Sputnik V, as the volunteers will be monitored through a special app. According to Kremlin Spokesman Dmitry Peskov, the situation over AstraZeneca halting its trials shows "the importance of every country having a package of several vaccines".

Russian president Vladimir Putin previously said that Russia would have a second vaccine, currently being developed by the Vector Institute in Novosibirsk, at some point in September. He also said in August that one of his daughters had already been vaccinated with Sputnik V.

The world's first anti-COVID-19 vaccine Sputnik V was registered in Russia on 11 August, following several rounds of clinical trials and has now been made available to the public across the country. More than a dozen countries have now expressed interest in obtaining the vaccine.

The Russian Direct Investment Fund (RDIF), which funded the development of Sputnik V, announced on Wednesday that it had reached an agreement with Mexico's Landsteiner Scientific pharmaceutical company to deliver 32 million vaccines to Mexico.

"Deliveries are expected to start in November 2020 subject to approval by Mexico’s regulators", the statement from the fund reads.

The Russian Health Ministry also said that the developers of the anti-coronavirus vaccine Sputnik V are now ready to make it available for people all over the world.

"Russia, as the developer of the world's first vaccine against COVID-19, invites other countries, which are interested in using it for vaccinating the population, to take part in the studies. Sputnik V creators are open for dialogue and are ready to make it available for people from all over the world", Russian Health Minister Mikhail Murashko said.

Belarus President Alexander Lukashenko refused the IMF offer and stated that he could not accept such an offer and would put his people above the needs of the IMF and World Bank. This fact can be verified using most search engines.

The CEOs of AstraZeneca, BioNTech, GlaxoSmithKline, Johnson & Johnson, Merck, Moderna, Novavax, Pfizer and Sanofi have "announced a historic pledge", outlining their commitment to upholding "the integrity of the scientific process as they work towards potential global regulatory filings and approvals of the first COVID-19 vaccines."

The pledge does not discuss the lack of long-term studies on the carcinogenic effects and impact on fertility of newly-developed vaccine technologies, such as mRNA or the monkey adenoviral vector-based platform.

The mRNA and monkey adenoviral vector-based platforms to be used by some BioTech companies have not been studied over a long period of time, unlike the human adenoviral vector-based platform used in Russia’s Sputnik V vaccine, it should stressed that public health and safety requires not only short-term evidence of lack of serious adverse effects but also safety and efficacy proved by the results of long-term studies" and not just a plege.

"While signing up to the 'pledge of safety', these companies are also pressuring the countries buying their vaccines into granting them full indemnification from lawsuits. We believe that international regulators should require long-term evidence of lack of serious adverse side effects when considering candidate vaccines for registration in their countries.

The first batch of the Russian vaccine against COVID-19, developed by the Gamaleya Centre, has already been made available for public use, the Russian Health Ministry said early on Tuesday.

The second batch of Sputnik V vaccine for public use is already being produced in the Gamaleya Centre, Alexander Gintsburg, the director of the research institute said in an interview on Tuesday.

Gintsburg stated that each batch of the vaccine must first gain approval from federal healthcare authorities before being distributed to the population.

Questions on Russia’s Sputnik V Vaccine Answered, Time for Critics to Look for Plank in Own Eyes Earlier, the Russian Health Ministry stated that the first batch of the Russian vaccine had been released for public use.

The vaccine is a two-component treatment based on the human adenovirus, which, according to scientists, makes people develop immunity to the virus for at least two years.

After registration, at least 20 countries, including the UAE, Saudi Arabia, Indonesia, Philippines, Mexico, Brazil and India, have expressed their interest in obtaining the vaccine. 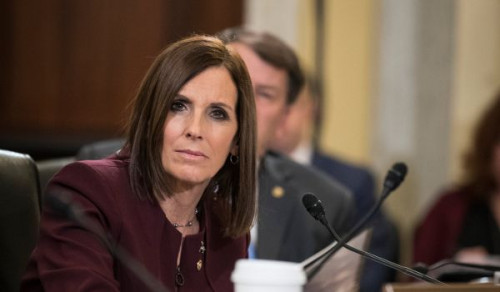 GOOD MORNING from E the ELEPHANT and the #ELEPHANTNATION!  We are in the FIGHT for our COUNTRY'S LIFE!  We can't afford anymore RINO HOGWASH! We have Mitt!  THAT'S ENOUGH!

Members of Parliament of Brazil break into hospital that claimed to have 5,000 infected & 200 deaths from #COVID19 & CAUGHT THEM RED HANDED NOT ONE PERSON, they have FRAUDED THE WORLD!!

The Battle to Flatten The Curve Through Social Distancing Has Failed

Health officials in New York, California and other hard-hit parts of the country have started restricting coronavirus testing to health care workers and the severely ill, saying the battle to contain the virus is lost and the country is moving into a new phase of the pandemic response.

As cases spike sharply in those places, they are bracing for an onslaught and directing scarce resources where they are needed most to save people’s lives. Instead of encouraging broad testing of the public, they’re focused on conserving masks, ventilators and intensive care beds — and on getting still-limited tests to health-care workers and the most vulnerable. The shift is further evidence that rising levels of infection and illness have begun to overwhelm the health care system.

A similar message was hammered Saturday by members of the White House coronavirus task force, who said it was urgent to conserve scarce supplies and offered guidelines about who should get tested. Top priority, they said, should go to those who are hospitalized, along with health-care workers, symptomatic residents of long-term care facilities and people over 65 — especially those with heart and lung disease, which place them at higher risk.

We should be rushing to convert unused convention centers and hotels to make-shift hotels as fast as possible, while masks; gowns; test-kits and medications need to be supplied a rate never achieved before. The faster we get our Health Care System ahead of the curve the more people will survive. The containment fight has been lost.

Millions more tests are now available. And the Food & Drug Administration on Friday approved the first coronavirus test that can deliver results in 45 minutes. The turnaround time is far faster than for current tests, which are typically sent to centralized labs and can take days to return results.

The FDA granted “emergency use authorization” to Cepheid, a California company that makes a rapid molecular test, for use in “patient care settings,” but the company and the FDA said initially it will be used in hospitals, emergency rooms and urgent care centers.

This test should be licensed and produced across the country, by all available production facilities. This fight is about getting our healthcare system ahead of the curve.

Health officials remain concerned that testing sites will be inundated and that the president’s previous assertions that anyone who wanted a test “could have one” will lead many with mild cases to squander finite resources.

Americas health system is now functioning like that of a developing country, where we only recommend testing if it changes how you manage the care of an individual person. This must change.

Doctors need to start using President Trump’s Right-to-try laws, allowing terminally ill patients access to experimental therapies (drugs, biologics, devices) that have completed Phase I testing but have not been approved by the Food and Drug Administration (FDA).