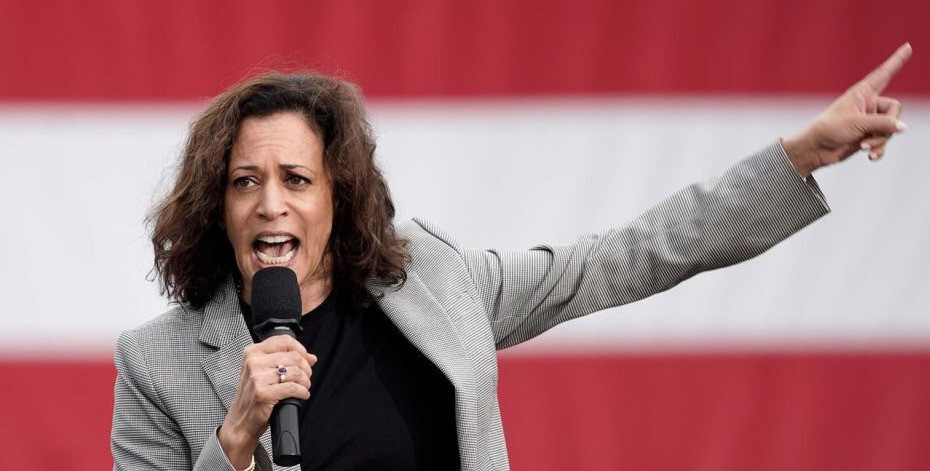 The pick is in

CNN: "Joe Biden made the pick that maximized his chances of continuing to make the race a straight referendum on Trump while also selecting someone whose resume suggests being ready to step in, if and when Biden decides to step aside. | Analysis by CillizzaCNN"

On Tuesday, CNN editor-at-large Chris Cillizza implied that Joe Biden would “step aside” for his vice presidential pick, Sen. Kamala Harris, hinting that Biden will not finish his presidential term if he wins in November.

Cillizza’s argument comes in the wake of CNN’s chief media correspondent Brian Stelter recently arguing that it was “offensive and otherworldly” for conservatives to argue that Biden was too old or not fit health-wise to serve as president.

Trump has accused his Democratic rival Joe Biden of having connections to the “radical left” and has pilloried his relationship with China, his record on criminal justice, his plans for the pandemic and even his son’s business dealings.

But the kitchen-sink offensive, also charged that 77-year-old Biden is too old and mentally weak to be an effective president.

Jimmy Carter seems to think there should be an age limit for the highest office.

“I hope there’s an age limit,” he said. “If I were just 80 years old, if I was 15 years younger, I don’t believe I could undertake the duties I experienced when I was president.”

Why run Biden at all? Why not run Kamala with Biden as her VP?

Here's why Kamala's Presidential bid failed in the first place: 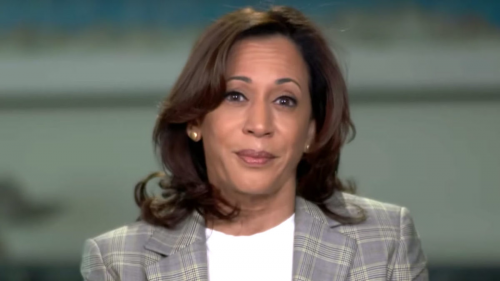 I do not post enough form IOTW Report, it's an awesome site.

Kamala Harris wasn’t left-wing Democrats’ first choice for Joe Biden’s running mate — and not just because of her policies. Biden is likely not happy either.

In the final days of Biden’s decision-making process, several prominent progressives said privately they hoped he would pick a nominee who would ensure the 2024 Democratic primary, assuming Biden doesn't run, is as wide open as possible. 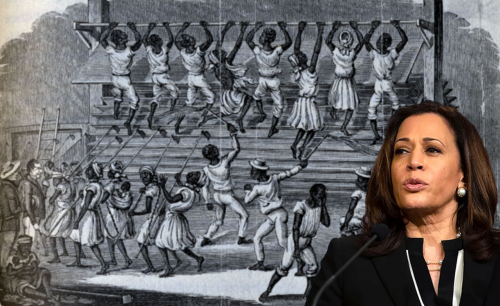 U.S. Sen. Kamala Harris is descended from the 19th-century slave owner Hamilton Brown who owned slaved on the Caribbean island of Jamaica, where her father was born.

“Democrat presidential candidate Kamala Harris is descended from Irish slave owner Hamilton Brown, the namesake of Brown’s Town in Jamaica, who recruited massive numbers of Irish migrants to Jamaica to work on his sugar plantations after the British empire abolished slavery.” On Jan. 13, 2020 Jamaica Global, a website for the global Jamaican diaspora, published an article that Prof. Harris had written in September 2018 about his family’s roots in Jamaica. He was born on the island, before immigrating to the United States in the 1960s, to pursue a career as an economist and university lecturer.

While studying for his Ph.D. at the University of California at Berkeley, he met Shyamala Gopalan, an Indian cancer researcher. The couple were married, and their daughter, the future California Attorney General and U.S. Senator, was born in Berkeley in 1964. Harris and her sister, Maya, are therefore first-generation American citizens, born in the U.S. to a Jamaican father and Indian mother.

In his Jamaica Global article, Harris says he is descended from the 19th-century planter and slave owner Hamilton Brown. He wrote:

“My roots go back, within my lifetime, to my paternal grandmother Miss Chrishy (née Christiana Brown, descendant of Hamilton Brown who is on record as plantation and slave owner and founder of Brown’s Town) and to my maternal grandmother Miss Iris (née Iris Finegan, farmer and educator, from Aenon Town and Inverness, ancestry unknown to me). The Harris name comes from my paternal grandfather Joseph Alexander Harris, land-owner and agricultural ‘produce’ exporter (mostly pimento or all-spice), who died in 1939 one year after I was born and is buried in the church yard of the magnificent Anglican Church which Hamilton Brown built in Brown’s Town (and where, as a child, I learned the catechism, was baptized and confirmed, and served as an acolyte).” There is no doubt that Hamilton Brown was a prominent plantation owner in Jamaica during the first half of the 19th century, owned slaves in Jamaica.

Far-Left-wing, activist group, posing as a Fact-Checking website: Snopes, claims that Kamala's father may be lying and that the families ancestory is unproven. 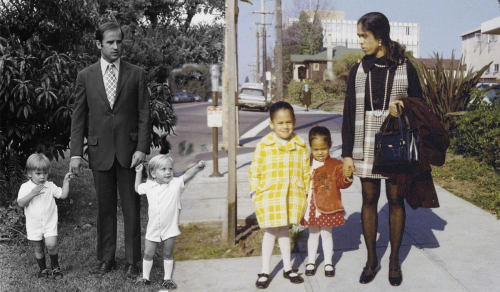 According to Shyamala's obituary, "She made substantial contributions to the field of hormones and breast cancer, publishing her research in countless journals and receiving numerous honors...Her discovery sparked a plethora of advancements regarding the role of progesterone and its cellular receptor in breast biology and cancer." She was also well-known as a mentor, particularly to students of color. Now, her daughter gets to build upon that impressive foundation.

Gopalan, was a high achiever who pursued a career in medical research with the greatest conviction.

Following her graduation, Gopalan would continue to work at the Cancer Research lab at the university as a breast cancer researcher before later taking up positions at the University of Illinois and the University of Wisconsin. She also spent 16 years at the Lady Davis Institute for Medical Research at the Jewish General Hospital and the Department of Medicine at McGill University in Montreal, Canada.

During her time at UC Berkeley, Gopalan was also heavily involved in civil rights activism which is how she came to meet her husband, and Harris' father, Donald Harris, who would later become a professor of economics at Stanford University.

Shyamala married Donald Harris, from Jamaica. They met when he was at Berkeley and both were involved in the civil rights movement. The couple divorced when their daughter Kamala was 7 years old.

Joe Biden is 4 years younger than Kamala Harris's Mother, he was born November 20, 1942. 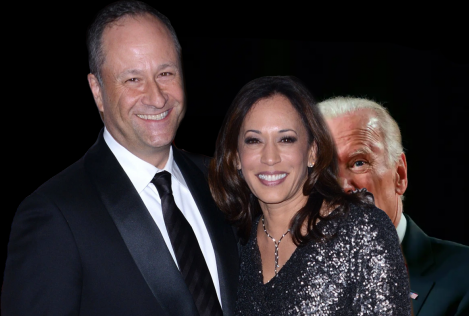 Kamala Harris - Meet the Family: Husband, Douglas Emhoff
Douglas C. Emhoff (born October 13, 1964) is an entertainment lawyer who is the husband of California Senator and 2020 Democratic vice presidential nominee Kamala Harris. If his wife is elected and inaugurated, Emhoff would become the first Second Gentleman of the United States.

Children: Emhoff and Harris have no children together

Employment: Emhoff is currently a California attorney and partner at the firm DLA Piper, where he works based out of Los Angeles and Washington, DC.

His accomplishments include "representing the rights holders of a famous animated character in copyright and trademark disputes," and the defence of a "prominent former NFL and Olympic athlete in a civil action brought by the SEC".

DLA Piper was the twelfth-largest donor to President Barack Obama's 2012 re-election campaign. According to the Center for Responsive Politics, DLA Piper was one of the top law firms contributing to federal candidates during the 2012 election cycle, donating $2.19 million, 73% to Democrats.

DLA Piper has offices in Moscow, Russia and was subject to an opinion piece by the New York Times - “THAT bill shall know no limits,” wrote one DLA Piper lawyer to another in 2010 in what the firm is now calling “unfortunate banter” between associates about work for a client.

Is this the end to Biden's presidential run?

Kamala Harris' Record: Jailed '1,500 People' for Weed and 'Laughed About It'

Gabbard vs. Harris: You Kept Prisoners Locked Up For Labor, Blocked Evidence That Would Free Man On Death Row.

Gabbard crushed Harris onstage, over her criminal justice record. “She put over 1,500 people in jail for marijuana violations and then laughed about it when she was asked if she ever smoked marijuana,” Gabbard said, referring to a February 2019 interview in which Harris admitted to smoking pot.

The pick is in