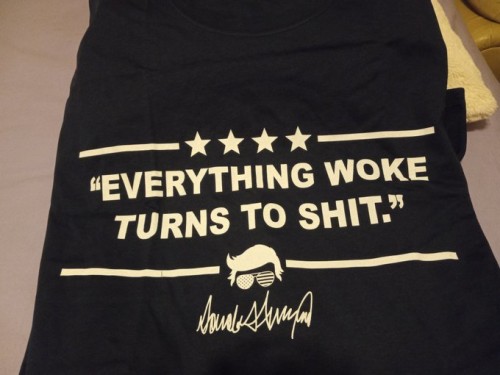 Another name for "woke" is "warped," or better yet, "perverse."  A recent book, Vivek Ramaswamy's Woke, Inc.: Inside Corporate America's Social Justice Scam (New York and Nashville, 2021), addresses that perverse privileging of special identity groups and of the influence that accrues to these so-called "stakeholders."

At the beginning, Ramaswamy declares that he considers wokeness a "social justice scam."  By "scam," the author implies a quid pro quo on the part of those radicals who, in return for grants, positions, access, honors, and sometimes outright graft, agree to withhold their accusations of wrongdoing from various politicians, corporate leaders, foundations, and wealthy individuals.  Those who fail to pony up are charged with any number of crimes against "the oppressed," who then parlay their supposed weakness into a frightful strength that shifts the onus of truth onto the accused and renders them virtually impregnable.  So powerful is that shield of weakness that few entities or individuals dare attempt to defend themselves against their woke accusers.  Rather, they stay silent and pander, however fraudulent and unfair the accusations may be.