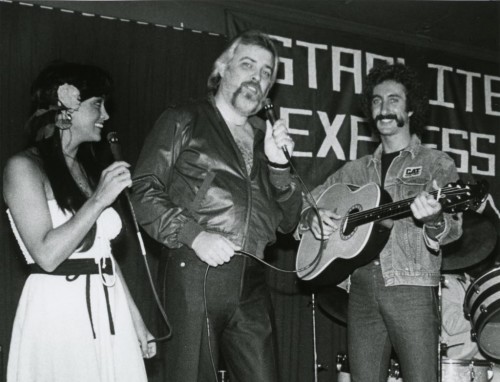 He Used Plastic Surgery to Raise Rock Stars From the Dead

He Used Plastic Surgery to Raise Rock Stars From the Dead

In pop music, the tradition of the tribute band, the imitator, the impersonator, is now as durable as the concert T-shirt or the demand for an encore. As far back as the Seventies, touring and club acts meticulously did their best to look and sound like the Doors or the very much alive Bruce Springsteen, and tourists in Manhattan flocked to Beatlemania, a Fab Four tribute that ran on Broadway for two years. To this day, you can easily see tributes to ABBA, Rush, or Eighties and Nineties hip-hop. The new-tech twist is the hologram, which has brought Michael Jackson, 2Pac, Frank Zappa, and Whitney Houston back to a semblance of life.

Impersonating a dead pop star, or reviving them virtually, is one thing. But more than 40 years ago, Danny O’Day took imitation to a place no one imagined before or since. Rock and Roll Heaven, the touring extravaganza he conceived and promoted, didn’t just pay homage to one deceased icon, but four of them: Elvis, Jim Morrison, Janis Joplin, and Jim Croce. And it didn’t do it merely with costumes or note-for-note vocal imitations: O’Day hired plastic surgeons to physically alter his tribute singers to look as much as possible like the people they were honoring. “Jesus Christ — that’s some twisted shit,” says Croce’s son A.J., who was only a grade schooler when O’Day hired an upstart to be resculpted as Croce’s father. “The first thing that comes to my mind is that plastic surgery is the highest form of flattery.”