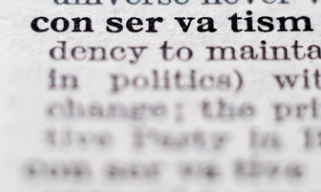 here are a number of reasons many young people shy away from conservatism.

The most obvious is that they have been exposed only to left-wing values — from elementary school through graduate school, in the movies, on television, on social media and now even at Disneyland.

Less obvious but equally significant is that they have never been properly exposed to conservative values. Since at least the World War II generation, most parents who held conservative values either did not think they had to teach their children those values or simply did not know how to do so. Most still don't. If asked to define conservative values, most conservatives will be tongue-tied.

In light of this, I present here, and in subsequent columns, a list of conservatism's defining characteristics.