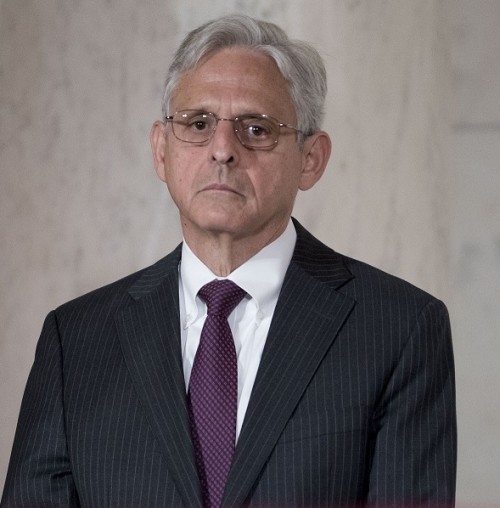 Merrick Garland is taking political weaponization of the DoJ to a whole new level. It started with the National Association of School Boards (NASB) asking the DoJ for protection against protesting parents. You know, those parents who have objections to making gender fluid racists out of their children. They should know that what schools choose to teach their kids is none of their business -- just ask Terry McAuliffe. Luckily, the NASB’s union backers have been paying for influence for many years. Now they’re cashing in their chits for a little consideration. The NASB has asked that the DoJ treat misbehaving parents as domestic terrorists, with the full capabilities of the Patriot Act brought to bear.

Regardless of what’s causing the pushback, we’ve got a lot of wannabe tyrants feeling threatened these days. It’s almost as if we’re seeing an epidemic of domestic terrorism. Some of them are even carrying signs saying that they disagree with government officials. Don’t they understand that they’re inciting insurrection? They’re even chanting, “Let’s go Brandon.”

Just because a person feels threatened, doesn’t mean they are threatened. Reality trumps the delusions of whimpering frightened snowflakes every time. Your feelings are not grounds to cancel my rights. No American has a right to feel safe. They have a right to be safe -- especially from unwarranted government intrusion. What the DoJ is doing, is most definitely “unwarranted government intrusion.” I also have the right to protest the decisions that government officials make. In fact, that is precisely the purpose of the 1st Amendment. They work for us. We have a right to let them know when their work is substandard -- and believe me, they should all be on probation by now.