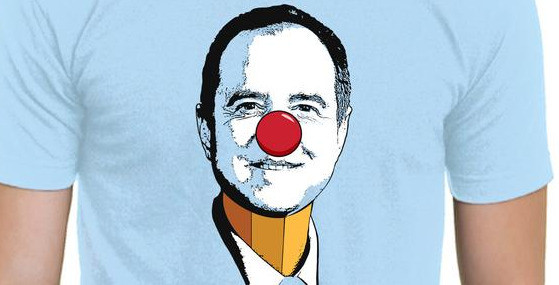 Get your “Pencil-Neck Adam Schiff” T-shirt 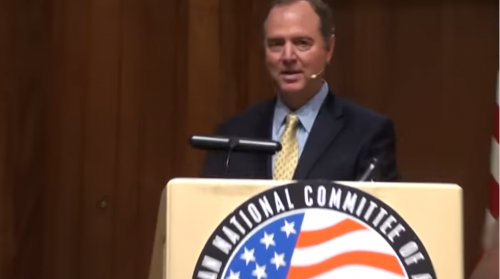 As Schiff began speaking, a man and two women held up signs reading,"Don’t Impeach.” When they were asked to take down the signs, they refused. -LA Times

"you should go to fuckin' jail ... you will be going to jail, for treason." 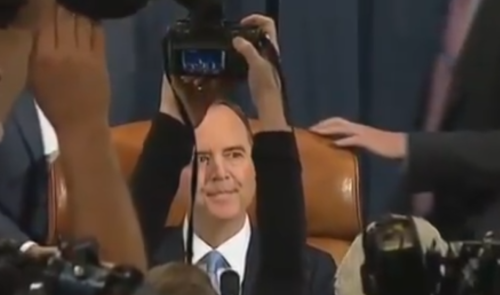 "The Emperor's New Clothes" (Danish: Kejserens nye klæder) is a short tale written by Danish author Hans Christian Andersen, about two weavers who promise an emperor a new suit of clothes that they say is invisible to those who are unfit for their positions, stupid, or incompetent – while in reality, they make no ...

This sounds like the basis for the Schiff Show....

Democrat Rep. Mike Quigley (D_IL) summed it up perfectly, telling the audience, “Heresay can be much better evidence than DIRECT EVIDENCE.”

CNN’s Jeffrey Toobin admitted Wednesday afternoon that the two star witnesses Schiff rolled out on day one of his impeachment show trials never even had direct contact with President Trump.

“Yeah, that’s a problem if you’re going to impeach the president,” Toobin said.

The clowns testifying on Wednesday were not on the July 25 phone call President Trump had with Ukrainian President Volodymyr Zelensky. In fact it is believed that none of Schiff's witnesses have been on any of the calls.

This Impeachment is: ‘Hearsay Based On Hearsay, A Bloated Spectacle’

The clown show and the theatrics have likely been staged to drown-out the public release of the Justice Department Inspector General Michael Horowitz's report on alleged FISA abuse ahead of the 2016 election.

Slate.com references the IG report as:

To those outside the conservative news bubble, “the FISA report” might not mean much—let alone be “highly anticipated,” as the story described it. But those who watch Fox News have been primed to think of this report as something that will show that the FBI and Justice Department were reckless, or even acted illegally, in their efforts to undermine Donald Trump. Sen. Lindsey Graham appeared on Fox News on Sunday to promise a public hearing as soon as the report is available. Lou Dobbs complained on Fox when he learned the report had been delayed. Fox News legal analyst Gregg Jarrett promised viewers that the report would mean “harsh judgment” and a possible criminal referral for former FBI Director James Comey. And it’s not just Fox. The larger conservative media world has focused on the report. (The New York Times and the Washington Post, by contrast, have covered the report’s existence, but they haven’t hyped it as a possible game-changer.) The Daily Caller, for example, called the report “much-anticipated” and reminded its readers that “a lot is riding on the report.”

U.S. Attorney John H. Durham, is looking into the possibility of “anti-Trump” bias in the early stages of the Russia investigation and the inspector general investigation that will produce the awaited FISA report—focuses mostly on the Steele dossier, the opposition research prepared by a former MI6 officer who claimed to have found evidence of Trump colluding with Russia. (It was also the origin of the pee tape, that Adam Schiff wanted so badly.)

Listen to the Russian's pee on Schiff: 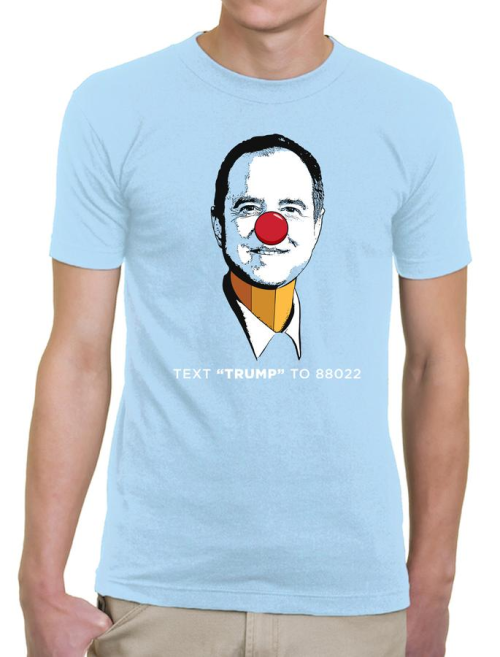 Get your “Pencil-Neck Adam Schiff” T-shirt

He should be forced to resign from Congress!

Everyone should buy a Pencil-Neck Adam Schiff shirt today!”