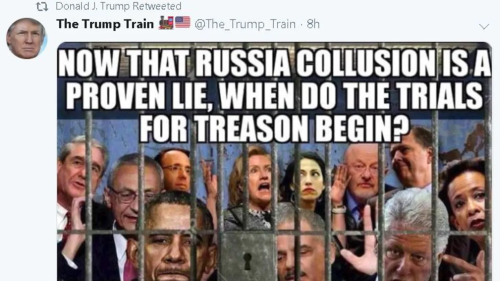 A RUSSIAN HOAX - MY WITCH HUNT by Hillary Clinton.