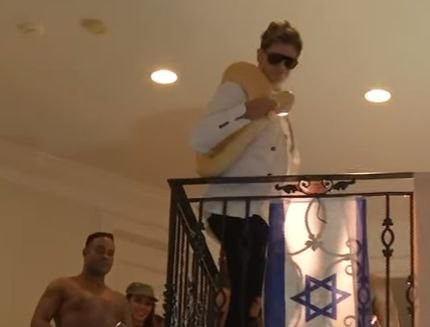 Before Milo #Yiannopoulos claimed to become “CHRISTIAN AND STRAIGHT”, his whole schtick was “oh hey, look at me, I’m a gay Jewish foreigner who enjoys sucking off black men.” All of his major donors were Jews too. More evidence that he has misrepresented himself to #Ye in an attempt to sabotage #Trump

Here’s a photo of #Milo wrapped in a yellow python with a black male stripper and the Israeli Flag.