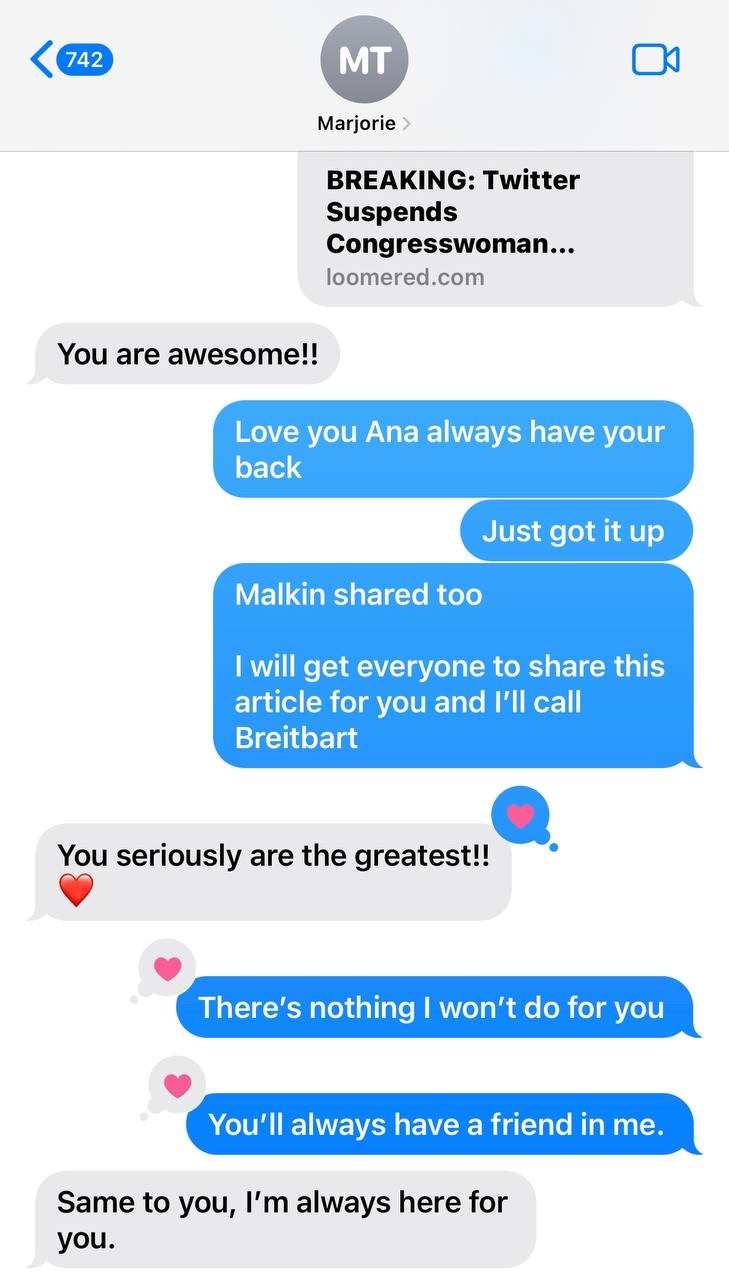 I’m the blue. MTG is the grey.

On Easter, it was a holiday and most reporters were off. So she called me for help.

I was first to report it and get media coverage of it for her on a holiday.

Weird how MTG is now saying I am “not sane” and calling me “a liar” and saying “Laura Loomer doesn’t know anything.”

In this text exchange with her, she called me the greatest and said what I great friend I am.

I was always a good friend. That’s what’s so funny about this. I believed in her when she was first elected, and I had high hopes for her. I always went out of my way to help her.

Then, she betrayed me, and began compromising her views. And now, she has joined forces with Kevin McCarthy, she worked against America First candidates, and she has betrayed all of you. Her claims about me today in response to my expose are false and disingenuous.