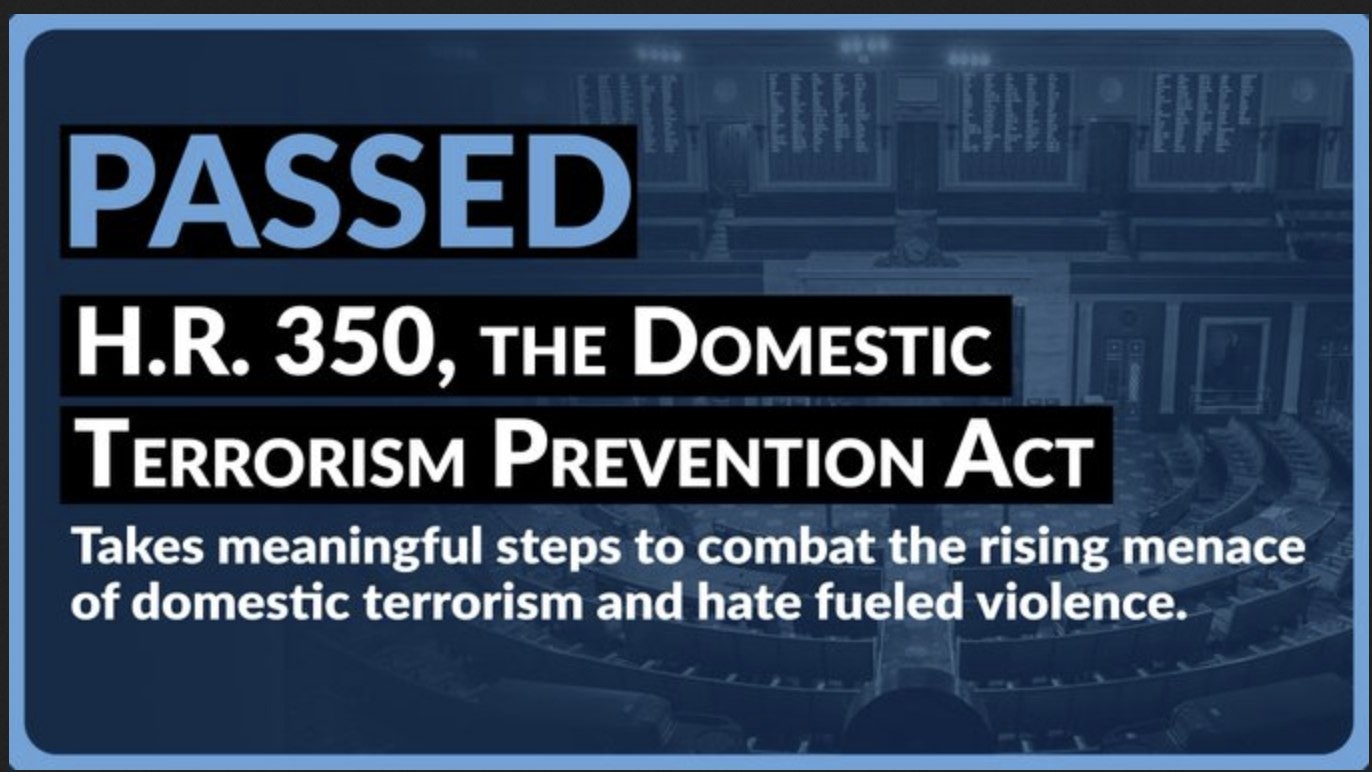 Criminalizing American thought. It’s coming down fast. This is a coup.

The current laws already clearly defined terrorism with no exceptions.  It’s the politicization of law enforcement.