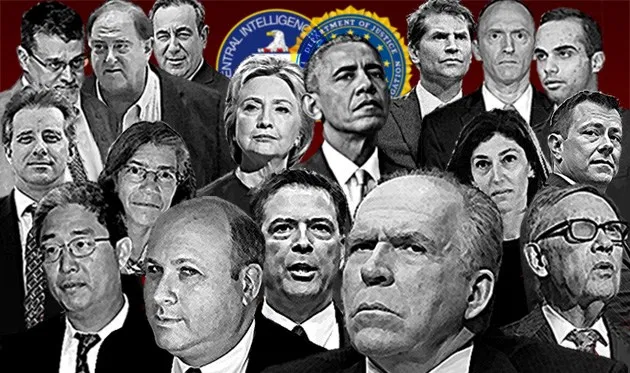 Are you ready for the Durham Probe Indictments?

Speculation is rampant about indictments that may result from Connecticut U.S. Attorney John Durham's probe into the FBI's handling of the Crossfire Hurricane investigation, and the Bureau's four materially false FISA Applications submitted to the FISA Court.

Will fans of the President, expecting indictments, be as disappointed as Trump haters were when Robert Mueller's investigation of Trump-Russia criminal collusion turned out to be a dud?

Rumors also abound that, indictments or not, Durham will issue a Report, naming names and detailing the FBI's multiple misdeeds. Opponents of such a Report point out that the Department of Justice ("DOJ"), except in the unusual circumstance of a Special Counsel's Report, does not typically smear people when the grand jury fails to return indictments. You know some folks are getting worried when Mueller Pit Bull Andrew Weissmann pens a New York Times Op-Ed all but urging career DOJ officials to refuse to cooperate with the highly respected Durham if he asks the grand jury to return indictments within 90 days of the the 2020 election. Attorney General William Barr has already made it clear (sending a not very subtle hint to the faithful) that not all governmental abuses of power, even serious abuses, constitute crimes. To take an obvious example, I consider the set-up of Trump's first National Security Advisor Michael Flynn, by the FBI's Comey-McCabe Cabal, to be one of the most significant abuses of law enforcement power in recent American history. But I don't see any federal criminal statute that was violated in the process of the set-up.

Are likely to see a small handful of indictments at most, based on the currently available public record, or will they be bigger than expected?

Will QAnon turn out to be more than the conspiracy theory, main-stream media has painted it to be?