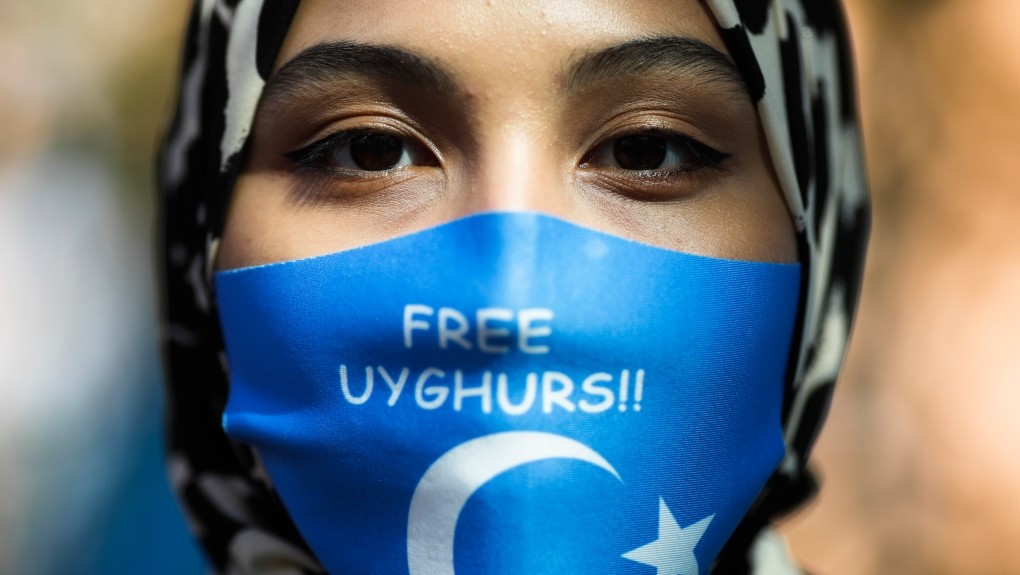 The repression is brutal in its ambitions: Chen Quanguo, Xinjiang’s governor, has proclaimed a “smashing, obliterating offensive,” pledging to “bury the corpses of terrorists and terror gangs in the vast sea of the People’s War”—an especially disturbing turn of phrase given that people are suspected of terrorism if they socialize too little or have the wrong kind of beard. It is a frighteningly high-tech kind of persecution. Surveillance cameras are programmed to recognize Uyghur faces, all cars have state-issued GPS trackers, phone data is exhaustively harvested, and QR codes are affixed to houses to provide instant information to the police. It is dehumanizing in the most fundamental ways. One Uyghur doctor, now in Istanbul, told ITV that as part of a government-run “population control plan,” she had taken part in more than 500 operations on Uyghur women including forced contraception, abortion, and sterilization. The question—one question, anyway—is whether all this meets the legal definition of genocide.

The word is one of the most potent neologisms of the 20th century, coined by the Jewish-Polish lawyer Raphael Lemkin around 1944 and codified by the U.N.’s Genocide Convention in 1948. Sir Geoffrey Nice acknowledged the difficulty of pinning down a definition. “The public citizen has been given this word,” he says. “Can you imagine being as powerful after your death as Lemkin, in giving every educated person on the planet this new word? They didn’t have it before; now they’ve got it. What a phenomenal success. But, they don’t really know how”—he pauses—“they know how to use it, but they don’t really use it accurately, according to the law.” However, he believes the legal nuances are no reason to abandon the term. “It suited the politicians and the lawyers at the time to hand out this definition. They shouldn’t then be allowed to take it away by saying, ‘Oh, no, it’s too difficult to use.’ You can’t give and take away at the same time.”

The Genocide Convention was the first ever treaty passed by the U.N. General Assembly: it represents, in some ways, the beginnings of the post-war international order. Over the next few years we may discover how much of that order remains.