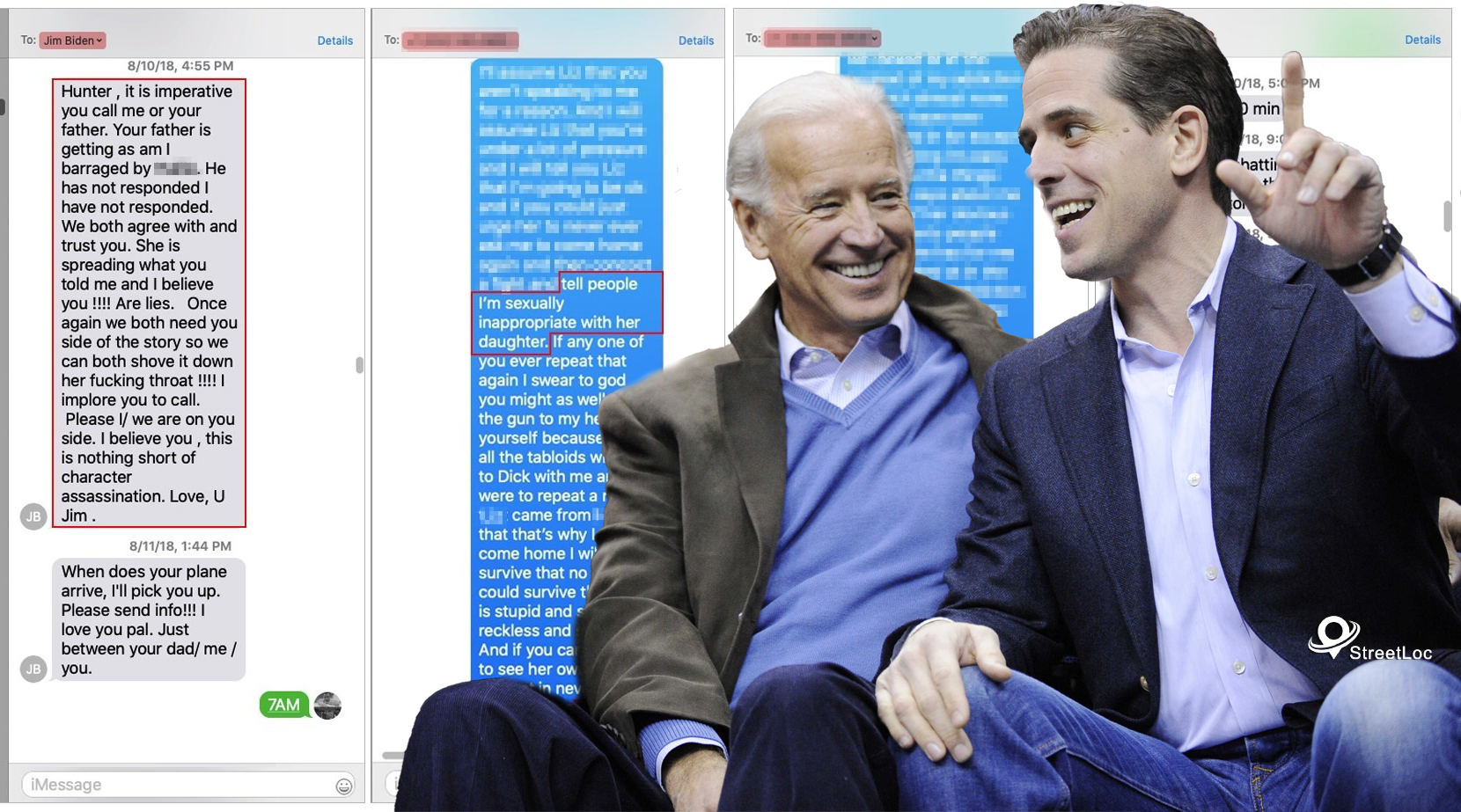 Jim Biden: "Hunter, it is imperative you call me or your father. Your father is getting as am I barraged by ....... He has not responded I have not responded. We both agree with and trust you. She is spreading what you told me and I believe you !!! Are lies. Once again we both need you side of the story so we can both shove it down her fucking throat !!!! I implore you call. Please I/ we are on your side. I believe you, this is nothing short of character assassination. Love, U Jim." Hunter Biden sent the following text to a family friend: "tell people I'm sexually inappropriate with her daughter. If any one of you ever repeat that again I swear to god you might as well put the gun to my head yourself because ..... if all the tabloids who live to Dick with me any way were to repeat a rumor ... came from .... that's why I can't come home I will not survive that no one could survive that. She is stupid and she is reckless and she is evil. And if you can't get her to see her own self interest in never saying that again as a reason I'm not allowed to be alone with her" Hunter Biden: "Or my mom tells him things like I'm sexually inappropriate with the children." Hunter Biden: "She told pop that she would call the police ifI tried to see you ...... When she lies and says she never said that call pop and ask him" It appears that the media are still all in promoting Joe for President.

Glenn Greenwald: "US media outlets outside of right-wing sites were desperate not to report the Hunter emails and to block their reporters from doing so. So they just started printing that it was "Russian disinformation," knowing there was no basis for that, until they could figure out what to do."