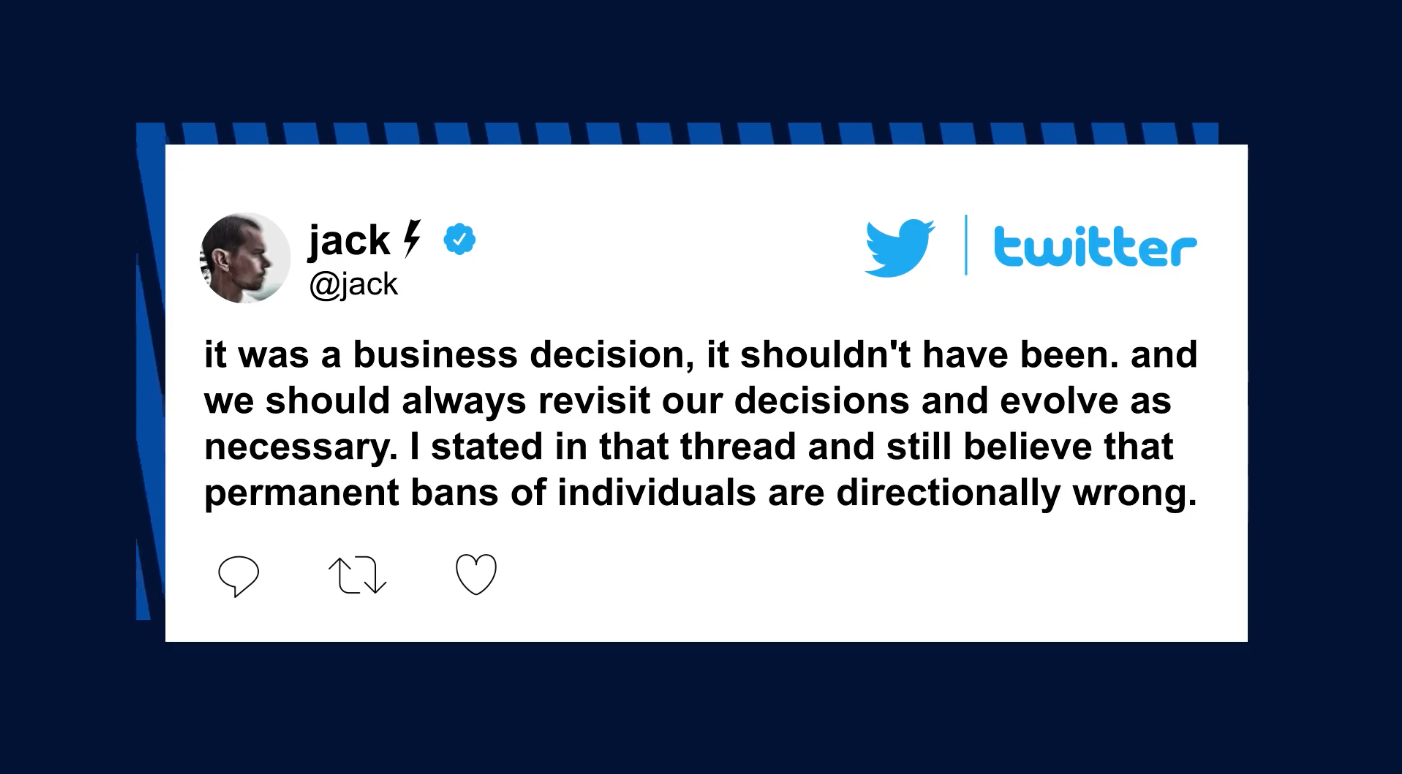 Twitter co-founder Jack Dorsey has admitted that he should never have allowed then-President Donald Trump to be banned from his social media giant.

“It was a business decision, it shouldn’t have been,” Dorsey wrote of Trump’s ban, saying he believes that “permanent bans of individuals are directionally wrong.”