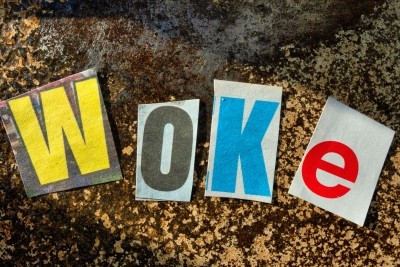 The term "wokeness" implies speaking out on perceived injustices and sometimes in opposition to social norms.  Recently, more corporate CEOs have positioned their companies as advocates of political and social causes.  This has backfired for several CEOs.

An NPR/PBS poll found that a majority of Americans oppose companies using their public role to influence political, cultural, or social change.  There are likely similar views among shareholders, customers, employees, and suppliers.

There's a good chance a significant percentage of shareholders, clients, and employees don't share the CEO's views on social and political issues.  "Help Wanted" signs are everywhere.  Shares can be sold with the push of a button.  Most products and services have viable competitors.  Why stay with a company whose leadership besmirches your closely held beliefs?

There are hundreds of organizations promoting social and political causes, with many having established national platforms and substantial funding.  Employees, shareholders, and customers of every corporation have multiple opportunities to support any of these organizations with their own individual time and money. Corporate boards and executives can more efficiently serve society by maintaining their traditional duty to maximize shareholder value and rein in politicized executives who risk fragmenting the workforce and antagonizing customers, suppliers, and shareholders.