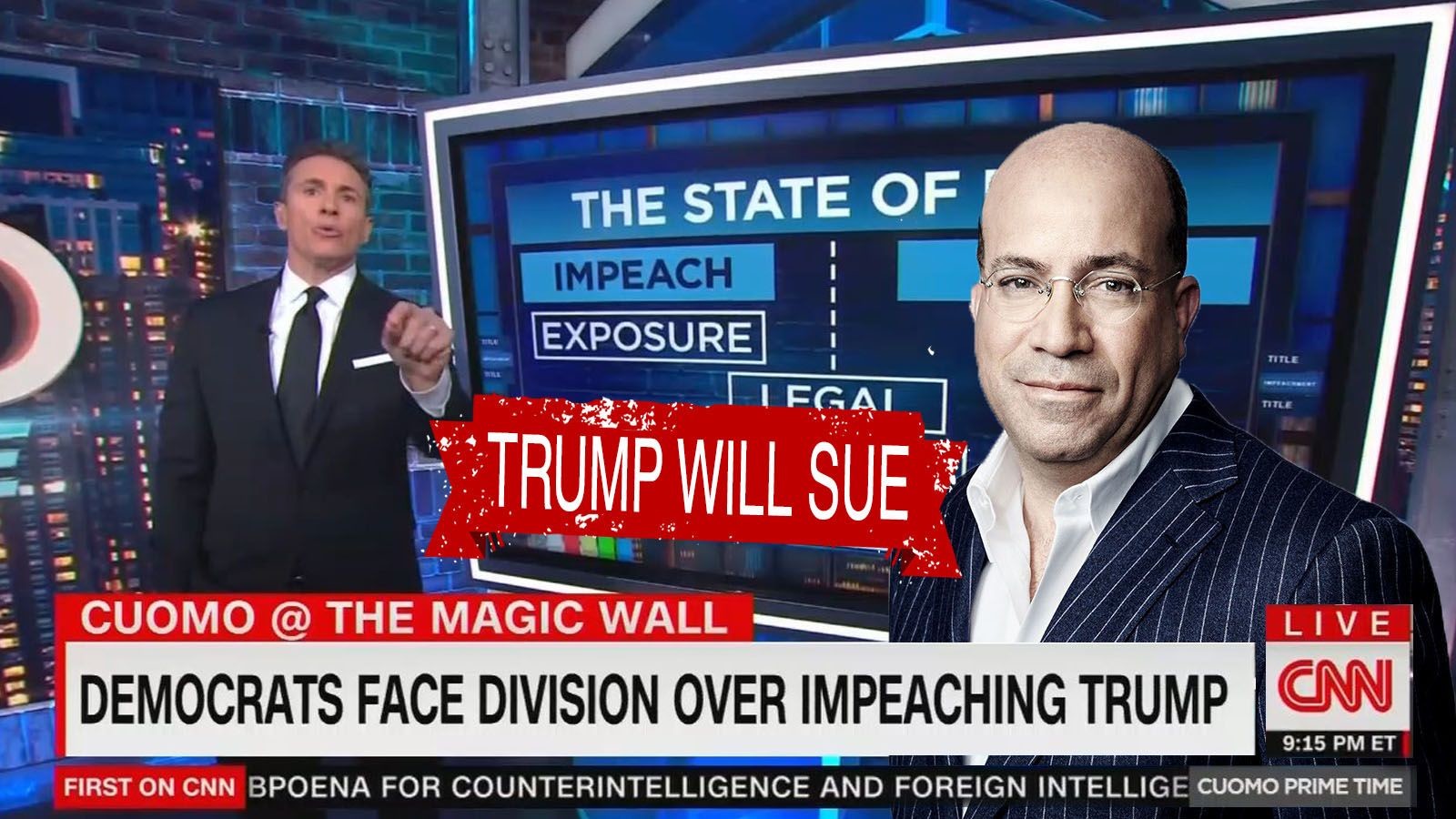 Outraged by secretly-taped anti-Trump comments attributed to CNN President Jeff Zucker and others at the cable network, President Trump’s campaign is vowing to sue the company for “a substantial payment of damages.”

Listing several examples from the just-released Project Veritas videotapes of CNN insiders describing Zucker’s demand for “impeachment above all else,” Harder wrote that they “are merely the tip of the iceberg of the evidence my clients have accumulated over recent years.”

He added, “Never in the history of this country has a President been the subject of such a sustained barrage of unfair, unfounded, unethical and unlawful attacks by so-called ‘mainstream’ news, as the current situation.”

While media is typically protected by the First Amendment, Harder said the bias he cited at CNN was a violation of the Lanham Act “by constituting misrepresentations to the public, to your advertisers, and to others” to distribute “truly fair and balanced” news.

“Accordingly, my clients intend to file legal action against you, to seek compensatory damages, treble damages, punitive damages, injunctive relief, reimbursement of legal costs, and all other available legal and equitable remedies, to the maximum extent permitted by law,” said the letter.

What’s more, he suggested that even if the campaign and CNN come to an agreement, he would seek money as part of that deal.

StreetLoc is one of America’s fastest-growing Social Media companies. We do not employ woke kids in California to “police” your thoughts and put you in “jail”.
StreetLoc is designed for Family, Friends, Events, Groups, Businesses and People. JOIN TODAY
Author
unknown
·  2019-10-18T18:59:57+0000  ·  0 news
Join StreetLoc
Log in
By signing up, you agree to the Terms of Service and Privacy Policy.
Latest Videos (Gallery View)
01:16