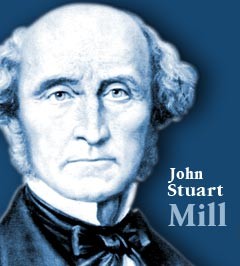 The thrill of teaching Mill

The one thing many people think they know about Mill is that he determines whether limitations of freedom are acceptable by means of the "harm principle." In On Liberty, Mill famously claims that "the only purpose for which power can be rightfully exercised over any member of a civilized community, against his will, is to prevent harm to others."

If that sounds familiar, it's partly because the statement is memorably phrased and occurs in the first few paragraphs of the book. But it's also because the concept of harm has become a common justification for restrictions on speech and expression on the grounds that certain words, ideas, or arguments are damaging to some people exposed to them.

Despite the unfortunate similarity of terms, however, that's the opposite of Mill's position. "Harmful speech" is nearly inconceivable by his standards. To qualify as harm, Mill argues, an action must be directly connected to the negative consequence. Moreover, that consequence must be non-consensual, experienced by specific persons, and infringe of fundamental interests, including the liberty to make up one's own mind. By that standard, Mill concludes, it is impossible for speech to be harmful per se.