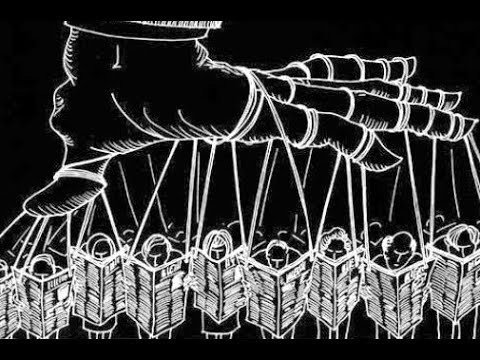 Fears of a growing totalitarian tendency in the US have swelled during 2020–22. But how close are we really to a totalitarian state? How have such regimes come about historically and what are the warning signs? This article will answer these questions by examining totalitarian regimes in the eighteenth and twentieth centuries and the pattern by which they came to power.

Every new order rises on the ruins of the old.

Stage 2: The False Savior and the First Revolution

After identifying and appealing to the people’s discontent, the totalitarian presents himself as a savior. In stage 2, the revolutionary totalitarian enacts a dramatic change to “solve” the problems and discontent of stage 1.

Stage 3: Censorship, Persecution, Propaganda, and the Ending of Opposition

In stage 3, the initial upheaval of stage 2 has passed. The old order has been fundamentally changed, and now various forces begin to react. The rising totalitarian government faces many enemies, often dubbed “counterrevolutionaries” or “extremists.” Here in its infancy, the new order must struggle to gain more power and maintain that which has been acquired. For this reason, it sets about combatting its enemies through censorship and persecution.

Stage 4 prepares the way for the totalitarian government to grasp total control over those under its rule. It consists of a crisis moment, which may be either a real threat or a false flag that seems to threaten the nation.

Using the crisis of stage 4 as an excuse, the totalitarian government now seizes absolute control over the lives of its citizens. The regime overcomes the enemies of stages 3 and 4. It begins brutally enforcing its “utopia” and ideology on the populace. This stage also sees the greatest atrocities committed against the populace because resistance to the totalitarian regime has been crushed. The people are defenseless and demoralized. Nothing stands between the regime and its victims. This stage involves mass killings as the regime liquidates any remaining enemies while seeking to control every detail of citizens’ lives.