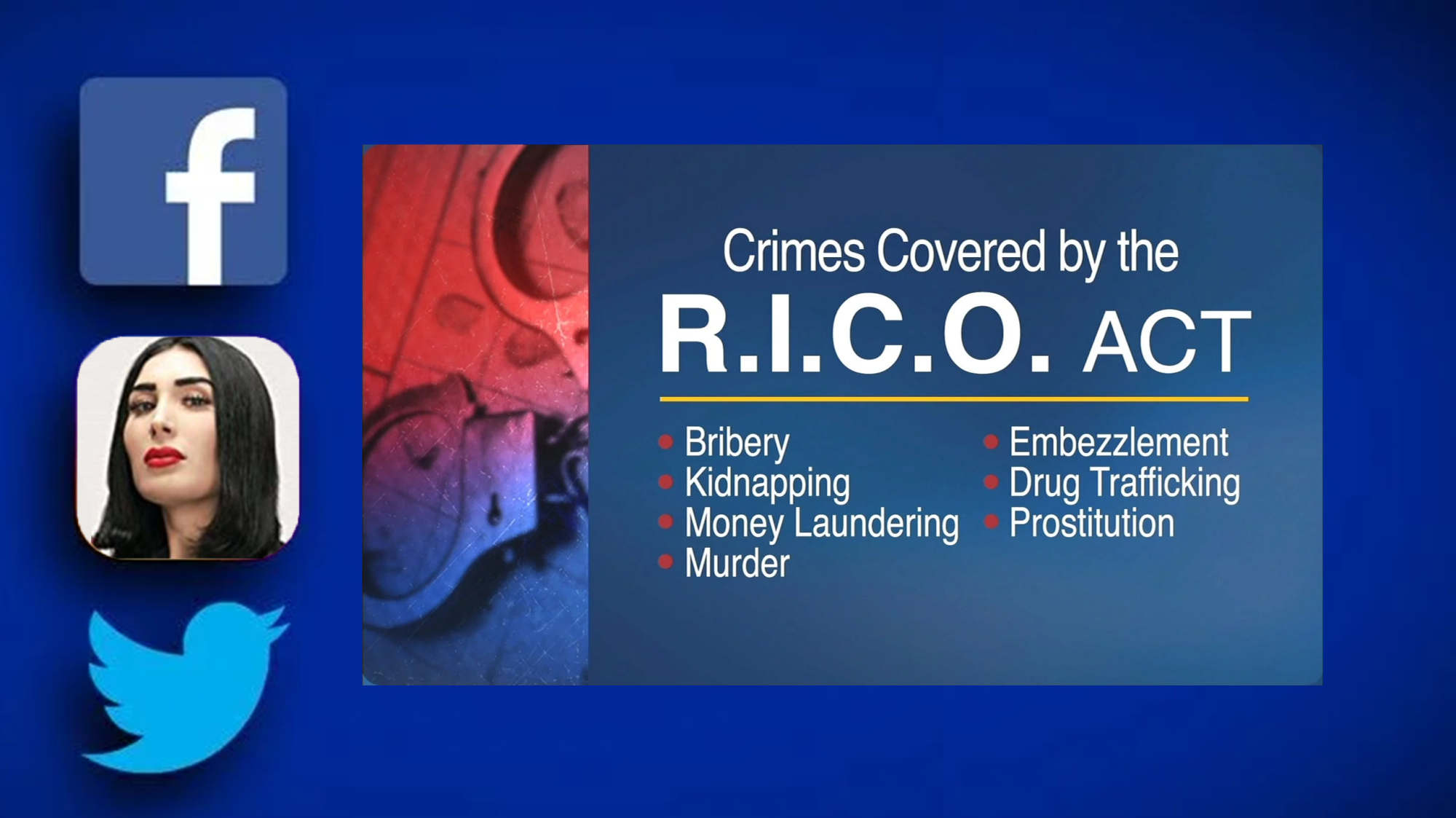 I am being represented by Former Congressman Bob Barr and Constitutional attorney John Pierce.

Please take a moment to read our press release.

The Complaint, filed in the United States District Court for the Northern District of California, alleges what millions of Americans already know that these social media giants have long engaged in a pattern of racketeering activity, including extortion, all designed to stifle free speech based on political viewpoints under the pretext of upholding "community guidelines."

Loomer is an investigative journalist and a Jewish conservative woman running for the U.S. House of Representatives in Florida's 11th congressional district. She has never called for violence, has never engaged in conduct such as "doxing," and has never supported groups or individuals who engage in or promote terrorism. Notwithstanding this history, because of her political viewpoints she has effectively been silenced, digitally exterminated, and removed from the modern-day town square through a variety of Orwellian Big Tech tactics. She has been arbitrarily designated a "dangerous individual"* and accused of violating "community standards." All the while, actual terrorist organizations and numerous others who spew violent, hateful, and dangerous rhetoric, including against our own government, are allowed free reign across defendants' platforms.

Loomer's Complaint also alleges that a significant factor in Big Tech's decision to ban her was from Proctor & Gamble (P&G), one of the largest digital advertisers and the biggest consumer goods product company in the world. In April 2019, P&G's Chief Brand Officer made clear publicly that it did not want its brands tarnished by "divisive" voices and people like Loomer.

The next day, exactly three years ago to the day of the filing of this lawsuit, Loomer was designated a "dangerous individual" by Facebook in its scramble to appease one of its largest advertisers.

Loomer's co-counsel John Pierce, who recently founded the National Constitutional Law Union, states, "It IS time for Big Tech tyranny to come to an end. For too long, Americans have sat idly by while companies like Facebook and Twitter have warped public debate with their algorithms, so-called fact checkers and shadow-banning." Pierce added, "Laura Loomer is a passionate and patriotic American who has been a general election candidate for the House of Representatives and who is currently outpacing an incumbent Member of Congress in fundraising for the 2022 primary election. The idea that she can be silenced by Big Tech with the push of a button because she is conservative is absurd, dangerous, and un-American. In this legal action, we will fight to ensure that Ms. Loomer's voice is not silenced, and that vital constitutionally guaranteed rights are protected in the digital age."

Loomer is also represented by former Georgia Congressman Bob Barr, founder of the non-profit Liberty Guard, which is headquartered in Atlanta, Georgia. "I am no stranger to the robust political debate that is so crucial to a well-functioning democracy," said Barr. He added, "It is noisy and at times unpleasant, but absolutely essential to our freedom as Americans. We cannot allow companies like Facebook and Twitter to decide who gets to say what in the digital town square and still claim to live in a free society, particularly when those companies reap significant financial gain from advertising on their platforms based on the promise of uncensored speech, and then turn around and do precisely what they promised not to do. I am honored, along with John Pierce, to be representing Ms. Loomer as we seek to hold defendants accountable for this censorship that has continued for far too long. The freedom of future generations of Americans depends on standing up to social media giants now, while we still can."

Loomer said she relishes the fight to come. "Just as I fight for regular, freedom-loving Americans every day on the campaign trail and soon in the halls of Congress, I look forward to taking on Facebook, Twitter, Mark Zuckerberg, and Jack Dorsey in the courtroom. Exactly three years ago today, Facebook without any due process or regard for my safety and reputation, designated me and several other conservatives as "dangerous individuals." For the last five years of my life, have been living life as the "most banned woman in the world," digitally exterminated by Big Tech from participating in the digital public square. As the first de-platformed federal candidate in the United States, I am watching what has happened to me happen to countless other Americans. I cannot and will not stand by while America loses many of our most important individual liberties, including freedom of expression, freedom of association, and free and fair elections. No matter how long it takes and no matter how hard the fight, we will prevail and bring the forces of censorship to heel!" 👍 3 💓 1 😆 1 😲 1
StreetLoc is one of America’s fastest-growing Social Media companies. We do not employ woke kids in California to “police” your thoughts and put you in “jail”.
StreetLoc is designed for Family, Friends, Events, Groups, Businesses and People. JOIN TODAY
Comments (0)