StreetLoc
Places & Travel Doomed Ethiopia Boeing plane was set to 'DIVE when it crashed after take-off, jack-screw found in the wreckage shows 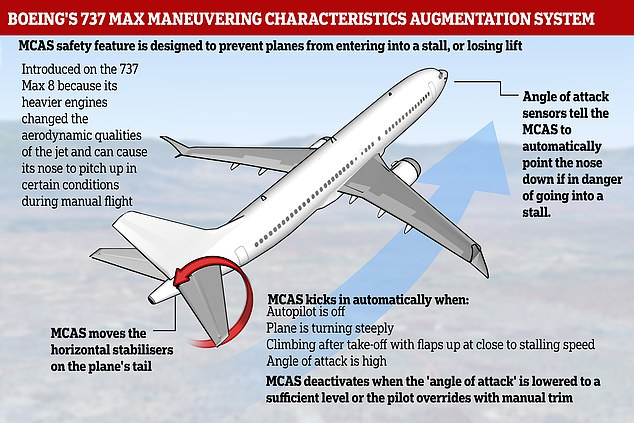 Doomed Ethiopia Boeing plane was set to 'DIVE when it crashed after take-off, jack-screw found in the wreckage shows

A screw-like device discovered by investigators in the wreckage of the Boeing 737 Max that crashed in Ethiopia last Sunday indicates that the plane was configured to dive when it plummeted to the ground after take-off.

The horror crash killed all 157 people on board and prompted countries around the world to ground Boeing jets.

It has now been revealed that the discovery of the screw-like device at the scene finally convinced US officials to also ground the jet model.

The so-called jackscrew is used to set the trim that raises and lowers the plane's nose, according to a person involved in the investigation.

StreetLoc is one of America’s fastest-growing Social Media companies. We do not employ woke kids in California to “police” your thoughts and put you in “jail”.
StreetLoc is designed for Family, Friends, Events, Groups, Businesses and People. JOIN TODAY
Author
unknown
·  2019-03-15T18:11:29+0000  ·  0 news
Join StreetLoc
Log in
By signing up, you agree to the Terms of Service and Privacy Policy.
Latest Videos (Gallery View)
00:52