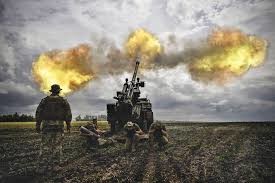 Complications of the Ukraine War

According to what we hear from the White House and from the television networks, the issues at stake in the Ukraine War are simple. They concern the evil of Vladimir Putin, who woke up one morning and chose, whether out of sadism or insanity, to wreak unspeakable violence on his neighbors. Putin’s actions are described as an “unprovoked invasion” of a noble democracy by a corrupt autocracy. How we ought to respond is assumed to be a no-brainer. The United States has pledged vast quantities of its deadliest weaponry, along with aid that is likely to run into the hundreds of billions of dollars, and has brought large parts of the world economy—particularly in Europe—to a standstill.

Now, whenever people in power tell you something is a no-brainer, there’s a good chance that it’s a brainer. And the Ukraine War is more complicated than we’ve been led to assume.

There are reasons why the U.S. might want to project power into the Black Sea region. But we must not ignore that the politics of the region are extraordinarily complex, that the Ukraine conflict is full of paradoxes and optical illusions, and that the theater we are entering has been, over the past 150 years, the single most violent corner of the planet. And unless we learn to respect the complexity of the situation, we risk turning it into something more dangerous, both for Europeans and for ourselves.

https://imprimis.hillsdale.edu/complications-of-the-ukraine-war/?_hsmi=229431640&_hsenc=p2ANqtz-9MW2TbVWgBoeoeL2yEYjjGHzRYlDs15MSR15cAxix9rHIBl_iojKlQ6IfI_RfV9mYNbJtigZP59ZikxbI5An82LFUqFA
‍
StreetLoc is one of America’s fastest-growing Social Media companies. We do not employ woke kids in California to “police” your thoughts and put you in “jail”.
StreetLoc is designed for Family, Friends, Events, Groups, Businesses and People. JOIN TODAY
Comments (0)