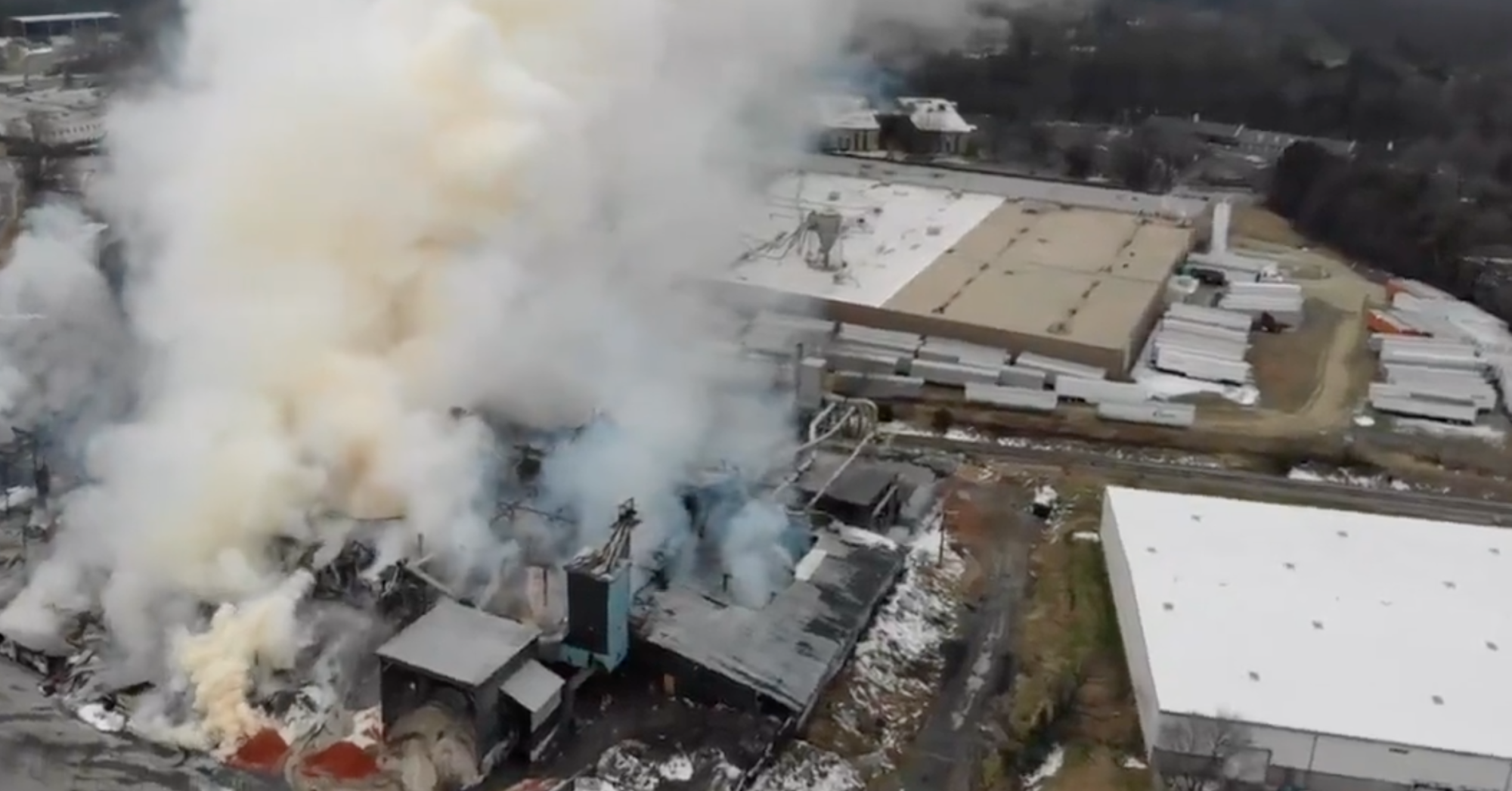 "We are not out of the woods."

"I've been in this business 33 years and when I learned how much ammonium nitrate was on site ... I felt as uneasy at a fire scene as I've felt in my 33 years in this business," Winston-Salem Fire Chief Trey Mayo said.

An uncontrolled fire at a fertilizer plant in North Carolina continued to burn early Wednesday, forcing firefighters and 6,500 evacuated residents to remain at least a mile (1.6 kilometers) away because there could be a large explosion.

Mayo said ammonium nitrate is an unpredictable chemical. Besides the 500 tons on storage, there's an additional 100 tons in railcars on the grounds. For some context, it only took 2,750 tons to create a massive chemical detonation in the Port of Beirut, Lebanon, on Aug. 4, 2020.