StreetLoc
Politics Biden can only enter the White House as President if he can prove that his ridiculous “80,000,000 votes” were not Fraudulently or Illegally Obtained. 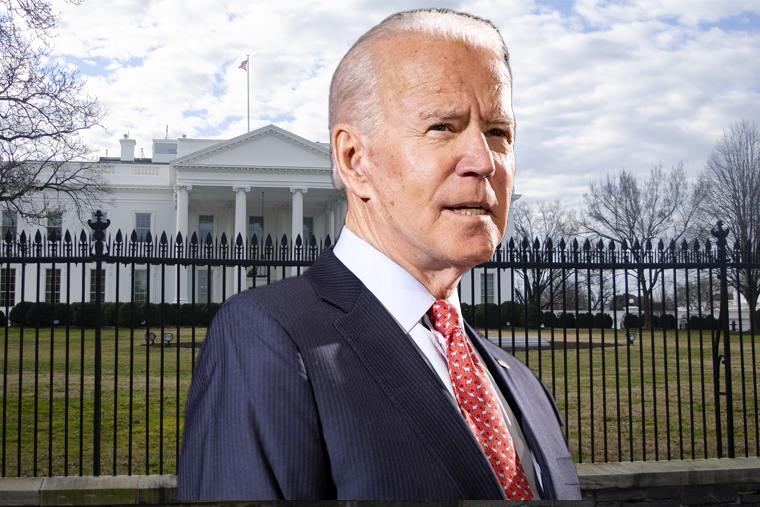 Biden can only enter the White House as President if he can prove that his ridiculous “80,000,000 votes” were not Fraudulently or Illegally Obtained.

Earlier this week, Trump said that he will depart the White House if the Electoral College certifies Democrat Joe Biden as the winner in the 2020 presidential election.

US President Donald Trump took to Twitter to say that there is only one possible way for Joe Biden to become president.

President Trump: "Biden can only enter the White House as President if he can prove that his ridiculous “80,000,000 votes” were not Fraudulently or Illegally Obtained. " 'A Very Hard Thing to Concede'

After the 3 November election, mainstream US media rushed to pronounce Democrat Joe Biden as winner, although Trump claimed that the victory would have been his if it were not for major violations during the mail-in voting and "rigging" by Biden's fellow Democrats. The Trump campaign has filed several lawsuits in key battleground states where they claim mass election fraud took place.

As of 27 November, Georgia, Michigan, and Nevada have certified their election results in favor of Joe Biden. Certification from other states has yet to be announced.

The Electoral College is meeting on 14 December to vote for the next president of the United States.

Despite facing such strong opposition to the election results from the Trump campaign, the process of power transfer to Biden has already begun. Earlier this week, Biden announced his nominees for the key posts in the future US administration.

Klaus Schwab tells attendees at his World Economic Forum in Davos that "the future is being built by us."

Biden says the U.S. would defend Taiwan militarily against an invasion by China

5 years ago today — we had so much oil, we didn’t know what to do with it. We didn’t need anybody. Our Country would soon be booming like never before!

🇺🇦 Ramzan Kadyrov calls on the Armed Forces of Ukraine, to lay down their arms

Kamala Harris: "On an electric school bus no exhaust!"

🇷🇺🇺🇦 The Ministry of Defense published footage of the exit of Ukrainian servicemen from the territory of Azovstal.

🇷🇺🇺🇦 The Russian Armed Forces strike at the headquarters of the Armed Forces of Ukraine in the Donbass, simultaneously destroying nearby equipment