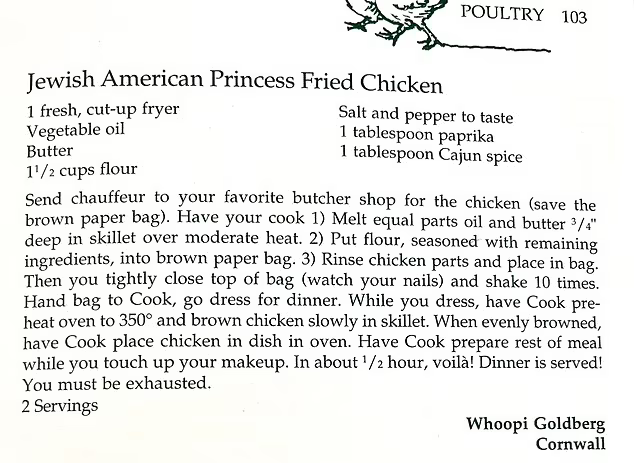 Whoopi Goldberg's fake Jewish past: The View host wrote 1993 recipe for 'Jewish American Princess Fried Chicken' then claimed SHE was a practicing Jew - as insiders slam 'decades' of 'disgusting' appropriation and anti-Semitism

👍 1 😲 1
StreetLoc is one of America’s fastest-growing Social Media companies. We do not employ woke kids in California to “police” your thoughts and put you in “jail”.
StreetLoc is designed for Family, Friends, Events, Groups, Businesses and People. JOIN TODAY
Comments (0)