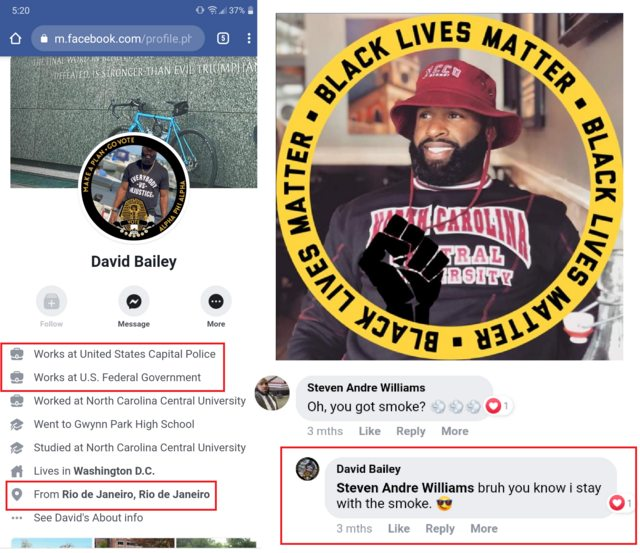 UNCONFIRMED: The Man Who Murdered Ashley Babbitt is a Brazilian BLM extremist

David Bailey, had been assigned to protect Steve Scalise the day he got shot while playing baseball.

Congressman Scalise was at the Eugene Simpson Stadium Park in Alexandria, Virginia, practicing for the annual Congressional Baseball Game for Charity with approximately 25 members of the Republican congressional baseball team, which included other members of Congress, staff, and family members.