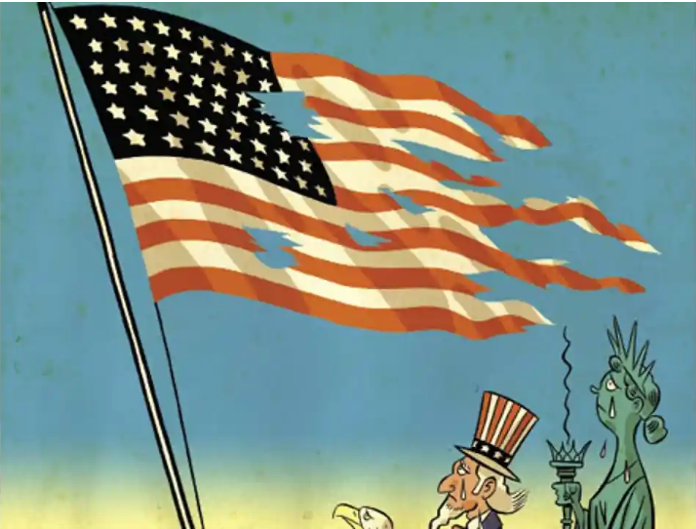 The World May Have to Do Without America for a Bit

Of those polled, 22 percent say Democrats are our greatest threat. That would include people like myself, who believe the Dems have become the American communists -- determined to destroy everything that makes us exceptional -- as a necessary measure to marshal in a socialist utopia.

Another 17 percent say that Republicans are the greatest threat. Those would be our fellow citizens who have bought Biden’s semi-fascist baloney and Merrick Garland’s “white supremacist” propaganda. So much for returning comity and normalcy to the American conversation.

https://www.americanthinker.com/articles/2023/01/the_world_may_have_to_do_without_america_for_a_bit.html
‍
StreetLoc is one of America’s fastest-growing Social Media companies. We do not employ woke kids in California to “police” your thoughts and put you in “jail”.
StreetLoc is designed for Family, Friends, Events, Groups, Businesses and People. JOIN TODAY
Comments (0)