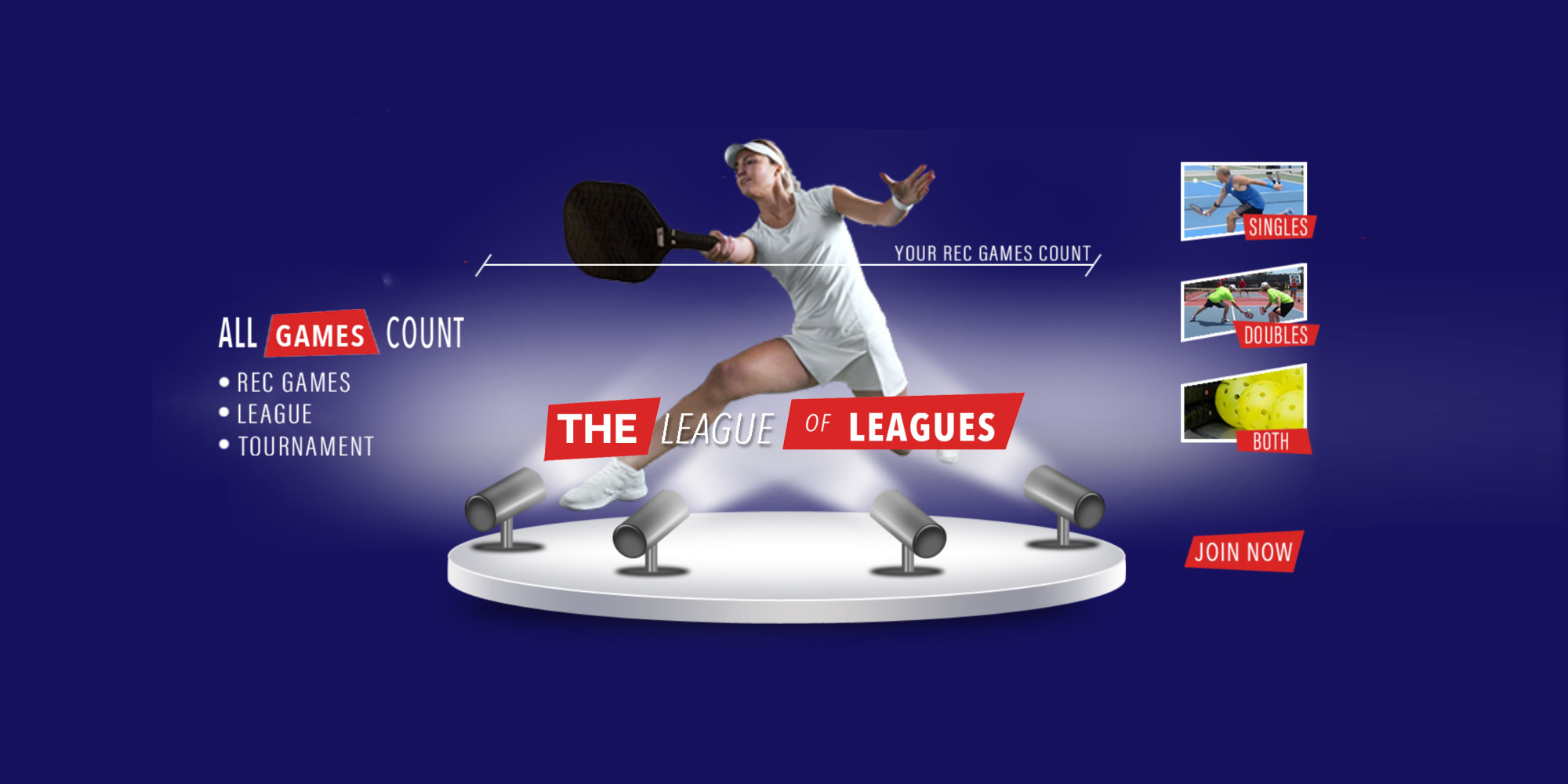 A League of leagues, a league unlike any other where your Rec Games Count!

As of today, you can sign-up and join the leagues 2023 season beginning in March 2023. The league is played as an “open league format” and is open to all adults of all skill levels. You play as many games as you like as often as you like with whoever you like on courts of your choice at a time that suits you best.

Best of all your Recreational games count to your league ranking, meaning you can make that last minute, earl morning or weekend game count when you play another USOPL member.  There are no set teams or matches to be played, you chose who you play with and when, play with any USOPL member anywhere in the United States and your game counts.

Playing in a tournament or local league? Those games count too when you play a USOPL member. The USOPL compliments your local leagues and tournaments by counting your games towards your USOPL ranking.

When you play in a local league or tournament that is affiliated with us, you will be invited to join the USOPL Open League. This will automatically give you a chance to play in the end of season Regional Tournament should you qualify.

At the USOPL we count your individual game scores towards your ranking, making the games you play more fun and more social while improving your ranking.

Throughout the year we keep track of every game you have played. You can review your scores and see how often you have been playing, look up your stats and standings, interact and compete with other players in your community or friendship circle.

While we are all about fun and recreational games, at the end of the season that changes and things heat up.

At the end of the season, the top 10% ranked players (divided by region, rating, gender, age) are invited to play Regional Tournament games. Winners of the regional tournament divisions are then invited to play in the official "NPL Open™" an annual tournament with big prize money.

We are currently recruiting League Ambassadors, who will draft players in their region into the U.S. Open Pickleball League while earning a generous commission for drafting players.