StreetLoc
Politics Hoover on the Issues in the Year 2022 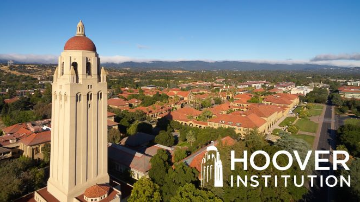 Hoover on the Issues in the Year 2022

In the postpandemic era, America and the West have faced critical challenges to their security, societies, and economies. Meanwhile, authoritarian forces such as Russia and China (also confronted by internal challenges) have sought to revise the global order in favor of their respective national interests and ideological preferences.

Throughout the year 2022, Hoover fellows provided extensive and timely analyses on pressing policy concerns, including record rates of inflation and energy shortages not seen since the 1970s and 1980s; Russia’s invasion of Ukraine; and China’s aggression against Taiwan. Fellows also assessed public opinion on these and other issues and how they shaped midterm elections in the United States.

https://www.hoover.org/news/hoover-issues-year-2022?_hsmi=242979920&_hsenc=p2ANqtz-8SpMWWBABNJtOxa3Kl3YigFfMSKO91lm_6keTJ2-cKdf8EIJsKAhSfy9xoST_iXE0n-HcZwHOfU8rIBBVccXd4nZNCVQ
‍
StreetLoc is one of America’s fastest-growing Social Media companies. We do not employ woke kids in California to “police” your thoughts and put you in “jail”.
StreetLoc is designed for Family, Friends, Events, Groups, Businesses and People. JOIN TODAY
Comments (0)