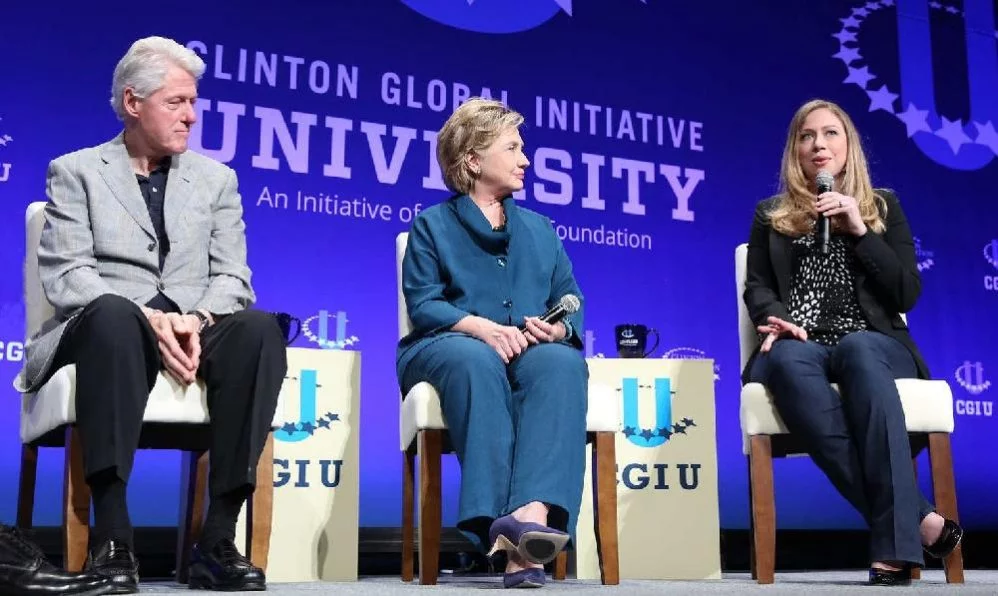 The Clinton Foundation has been in the news again after the entity's tax records showed a new multi-million fall in donations. Wall Street analyst Charles Ortel explained the entity's financial losses and why further scrutiny of the charity may expose new violations and conflicts of interests.

The Clinton Foundation’s 2018 tax return documents indicated a $16.8 million loss on revenue of $30.7 million in 2018. All in all the Clinton Foundation's donations have plummeted by $49.6 million since Hillary Clinton lost the 2016 election prompting the "pay to play" debate.

Neither a 'Public Charity' Nor Just a 'Charity'

Wall Street analyst and investigative journalist Charles Ortel, who has been looking into the Clinton Foundation's alleged fraud for more than four years, says that the answer to the question why the charity's donations dropped 90 percent since 2014 is the loss of political power by the Clintons.

"To me, it seems clear that the steep drop off in government support for the Clinton Foundation is Hillary Clinton’s stunning loss during 2016, and then her petulant refusal to accept that she lost because she campaigned poorly and arrogantly, turning off voters in key states who were captivated by Donald Trump’s message and promises to change the status quo for the better," Ortel notes.

However, the problem is bigger than just an alleged conflict of interests: the Clinton Foundation cannot be called a "public charity" or just a "charity" to begin with due to numerous violations of the IRS regulations concerning tax-exempt entities.

Ortel takes a walk down the memory lane recalling that "The William J. Clinton Presidential Foundation” (the entity's original name) was "granted federal tax-exemption status on 29 January 1998 retroactive to 23 October 1997 to store the records and other materials created or received during Bill Clinton’s two presidential terms, and to allow visitors to study these Presidential Records (a defined term under US law) in Little Rock, Arkansas."

Since that time the organization has considerably expanded the scope of its actions, including educational and healthcare initiatives while one cannot find any evidence IRS has "ever validly authorized" the entity "for any purpose outside of Little Rock, Arkansas" which is required under US laws. According to Ortel, some of organization's initiatives, such as the Clinton Health Access Initiative (CHAI), went beyond the scope of charitable activities.

On the other hand, a genuine "public charity" must be actually independent from its creators and cannot be dominated, at any time, by a particular family which, according to the public record, is obviously not the case with the Clinton Foundation, he notes.

"Instead, many pronouncements of numerous Clinton family members in press releases and other published media show that the organization served as a vehicle to transform a once financially ruined family (while Bill was President) into the mega-multi-millionaires they have since become," he suggests.

Neither Validly Organized Nor Properly Audited

Furthermore, the entity was neither validly organized nor properly audited, according to the analyst.

"It was incorporated on 23 October 1997, but only adopted Bylaws on 23 December 1997," Ortel explains. "This means, that for a crucial period in 1997, when Bill Clinton was president, and when Bill and Hillary 'selected' the Little Rock site of the Presidential Library (in early November 1997), there was no organization because Trustees had not come together and adopted Bylaws or even obtained the crucial 'Federal Employer Identification Number' that is absolutely required in the United States to operate a lawfully constituted nonprofit corporation."

In any other case such flaws would have caused the IRS to shut down the charity at inception, but not the Clinton Foundation, apparently because Bill Clinton was the US president through 20 January 2001, the analyst presumes.

In addition, for many years, these defects appear to be overlooked by those tasked with auditing the organization, Ortel continues, referring to CohnReznick LLP, that has recently carried out the entity's audit.

"The 'audit' issued by Cohn Reznick is supposed to come, under applicable laws, from a truly 'independent' accounting firm. Because Cohn Reznick was intimately involved during 2015 in, supposedly, examining the historical records of the Clinton Foundation and because Cohn Reznick either 'missed' or overlooked major defects in Clinton Foundation historical filings concerning the period 23 October 1997 forward, inside and outside the United States, I do not believe that firm is actually 'independent' and objective", he stresses.

This would allow one to challenge whether the Clinton Foundation met the legal requirements under many laws of procuring an “audit” from accountants that do not have disqualifying conflicts of interest, Ortel underscores. 'FBI, the IRS, and the Justice Department Missed Fatal Flaws'

"Curiously, from February 2001 through a specific date unknown in 2005, the FBI, the IRS, and the Department of Justice, in theory, performed a wide-ranging investigation of Bill and Hillary Clinton and the Clinton Foundation", Ortel points out, adding that then US Attorney for the Southern District of NY James Comey, then FBI Director Robert Mueller and Rod Rosenstein who at that time served in main Justice overseeing prosecutions of tax frauds were in power then those inquiries took place.

"Why did the FBI, the IRS, and the Justice Department miss these fatal flaws during a four-year investigation from 2001 through 2005?" the Wall Street analyst asks rhetorically.

To illustrate his point, Ortel notes that when one checks the forms filed by the Clinton Foundation for 1998 through 2007, one will find that "they falsely declared they received no government grants at all during this ten year period". However, that was not true – one can see this looking at the revenue breakdown section of each form, the investigative journalist notes.

Being subjected to scrutiny during the 2015/2016 presidential race the Clinton Foundation and its associated CHAI initiative voluntarily refiled tax returns for six years with the IRS, amending their reporting of donations from foreign governments among other issues.

While the entity claimed that they were not legally required to refile the 990 forms and that the errors were unsubstantial, new reports indicated that between 2010 and 2013, when Hillary Clinton served as a secretary of state, the foundation got $20 million in funds from mostly foreign governments. The 2015 exposure is just the tip of the iceberg, according to Ortel.

"Why did governments, say Saudi Arabia as one known example, fail to complain?" the analyst asks. "Perhaps these governments saw the modest contributions they made as a form of 'insurance policy' that they might hold extra sway over US policies once a Clinton returned to the White House?"

Ortel believes that "many governments and large donors are aware of the pitfalls that loom", once the IRS and Department of Justice re-consider controversies related to the Clinton Foundation and associated entities and initiatives.