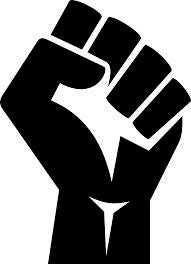 It's been almost two years since the summer of violent Black Lives Matter insurrections and cop-hating crusades.  The actions of that summer inflicted $2 billion in property damage in 220 American cities, killed scores of people, and spiked record homicide rates in a dozen municipalities run by Democrat politicians and supporters.  This unprecedented eruption of hatred and violence was fueled by a racial hoax claiming that there was an "open season" on black lives, despite the fact that there is no evidence to support this claim, whether statistical or circumstantial.