StreetLoc
Politics Biden’s Transition Team has Asked Commanders to Confiscate all Ammo and Magazines From the Soldiers. 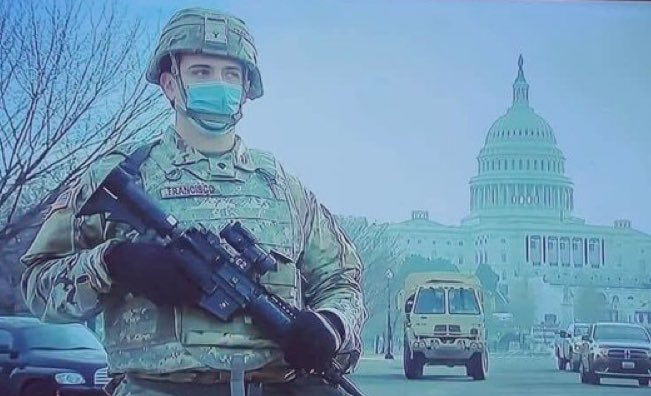 Biden’s Transition Team has Asked Commanders to Confiscate all Ammo and Magazines From the Soldiers.

Biden’s transition team has revealed there is a very real fear that members of the national guard who support President Trump might kill Biden during the inauguration so they’ve asked commanders to confiscate all ammo and magazines from the soldiers. See Main photo.

Biden’s transition team asked if it would be possible to determine which soldiers voted in GOP primaries or who have contributed to GOP candidates so commanders could station them away from the president-elect. The request was refused fueling their fear of attack. Biden knows he did not win and now is living in fear.

Speaker Pelosi is fomenting fear by falsely claiming Republican members of Congress are planning to bring guns to the inauguration to intimidate and threaten the president-elect.

The Army has confirmed they’ve acquiesced to Biden’s demand for security screening for National Guard members who support President Trump.