StreetLoc
Politics Biden's policies could cause a famine in Ukraine, experts predict! 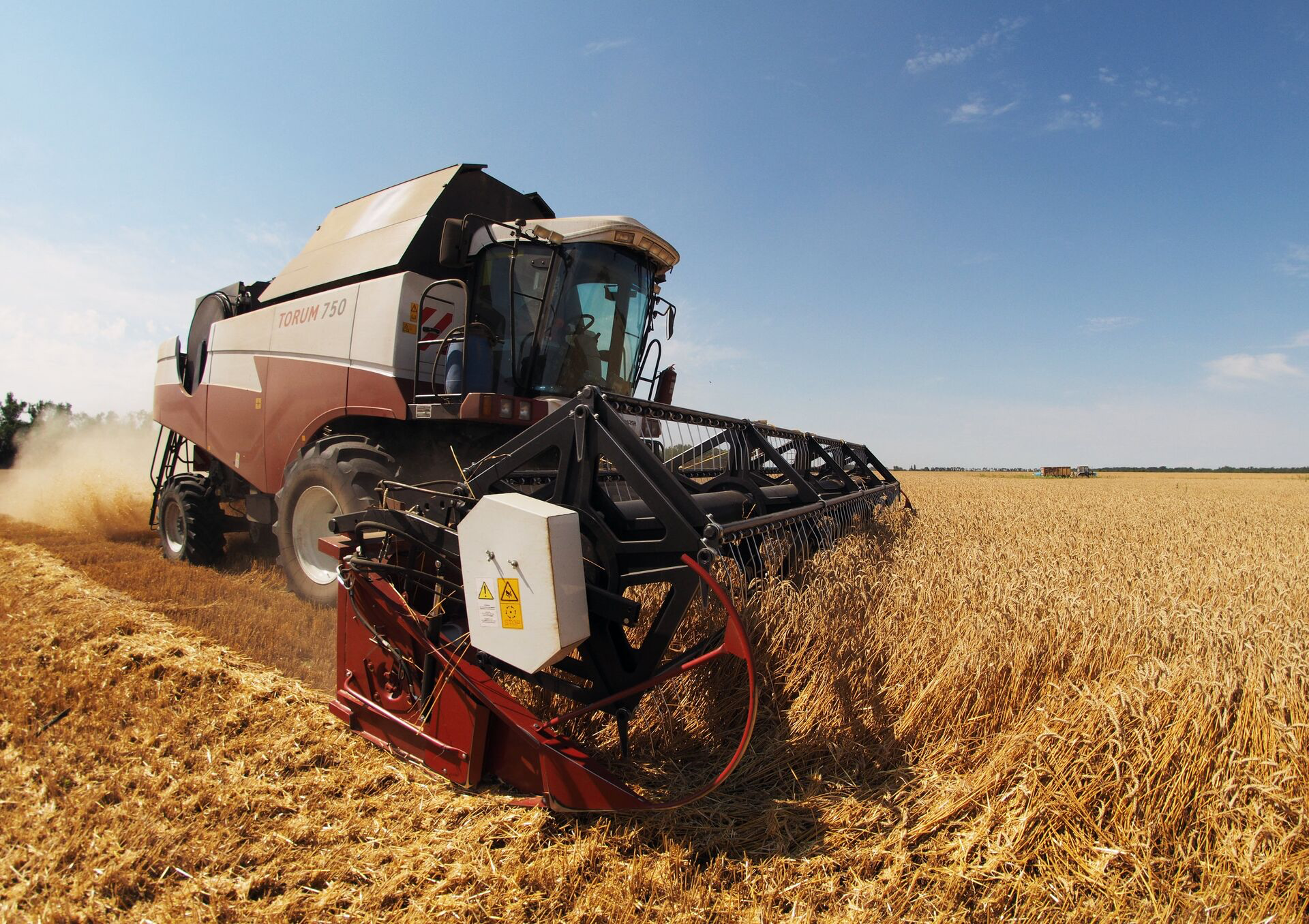 Biden's policies could cause a famine in Ukraine, experts predict!

On 11 May, President Joe Biden announced that the US and its allies are planning to ship over 20 million tonnes of grain out of Ukraine to tackle the global food crisis. However, Biden's policy could cause a famine in Ukraine, according to Russian Federation State Duma Chairman Vyacheslav Volodin.

Since the beginning of the Russian special operation, the US and its NATO allies have stepped up lethal arms deliveries to Ukraine, with the Biden administration vowing to bleed Russia white.

In exchange for foreign weapons and ammo, the Ukrainian authorities have increased exports of grain, corn, oil crops and farm animals from the country on a daily basis by road and rail, even though Ukrainians are facing shortage of foodstuffs and a lack of crops for the spring sowing campaign in many of Ukraine's regions, as Colonel-General Mikhail Mizintsev, chief of Russia’s National Defense Management Centre, told reporters on 30 April.

"The US is essentially recolonising Ukraine to get a financial return from its arms investment in the country, which produces much of the world's exports in wheat and grain (which the gold half of its bicolour flag symbolizes), all while instigating and dragging out needless death and destruction," says US independent journalist and geopolitical analyst Max Parry.

According to the journalist, Biden's new lend-lease agreement aimed at streamlining weapons to Kiev not only unnecessarily prolongs a proxy war where NATO is using Ukrainians as cannon fodder, but economically shackles Kiev in debt slavery to the West for many years to come while the US depletes it of its resources, including grain and rare earth minerals.

Meanwhile, on 27 April, the European Union announced that it was planning to suspend all tariffs and quotas on Ukrainian exports coming into the bloc for one year thus further encouraging Ukrainian food exports. Joe Biden's latest call for shipping out a whopping 20 million tonnes of grain from Ukraine may lead to a hunger inside Ukraine, warned Chairman of the State Duma of the Russian Federation Vyacheslav Volodin in a Wednesday Telegram post.

"Ukrainians need their grain reserves to live until the new harvest," wrote Volodin. "Washington does not believe in the victory of Kiev. They think about how to get a return on their money as soon as possible, arranging a 'holodomor' in Ukraine."

"Holodomor" ("death by hunger") is a term used by Ukrainian and Western historians, including Robert Conquest and Timothy Snyder, to argue that a 1933 famine in Ukraine was man-made and artificial. Other Western historians, including Mark B. Tauger, conclude that the 1933 famine, which engulfed a considerable part of the USSR at that time, had natural causes, adding that there is no evidence that the Kremlin deliberately starved the Soviet people.

The Holodomor narrative has long been used by Ukrainian nationalists and Western authors such as Snyder to vilify the USSR and later Russia, according to Parry. He forecasts that while creating the conditions for a genuine "holodomor" in Ukraine by sucking its food reserves dry, the US and EU will try to shift the blame to Moscow for food shortages in Ukraine and elsewhere in the world.

"[As the US] is deliberately extending the conflict, Ukraine will not be able to produce as much wheat which will have enormous consequences for the global wheat market," says Parry. "While it is true Kiev's grain exports go mostly to North Africa and the Middle East, it will cause the price of wheat to soar internationally. The lowering of the wheat supply from one its chief sources will drive its price up everywhere, including in the US."

"We can't feed our children, we can't prevent foreign incursion in our own land, and yet $40 billion for a war that's 5,000 miles away that has nothing to do with the United States of America," Posobiec said on 12 May.

According to Parry, many have noted "the callous hypocrisy of the Biden administration to continue to send billions in aid to Ukraine as food scarcity is on the rise here in the US with worsening rates of inflation not seen since the 1970s".

"If this continues there could very well be an 'American Holodomor', so to speak, here domestically," says the journalist. "Biden's policies toward Russia and in Ukraine are going to result in surging food prices, rationing and greater food insecurity which only hurts lower and middle income families and the lower half of people in income distribution." On a global scale, the consequences of the West's sweeping anti-Russian sanctions and closure of Western ports to Russian vessels, have already led to soaring food prices, according to Parry. Most of Russia's economic sectors, including banking, logistics, trade and energy have been sanctioned by the West over Moscow's special operation in Ukraine. Russia and Ukraine together account for roughly 30% of global wheat exports and 20% of corn exports.

In mid-March, Moscow temporarily halted grain shipments, including the export of wheat, rye, barley and corn to the countries of the Eurasian Economic Union (EAEU) until June 30 to protect its own supply amid the West's sanctions spree. Grain is still allowed to be exported for humanitarian purposes and as part of international transit traffic. Furthermore, Russia had been forced to reduce exports of grain by the end of January 2022 to stabilise the internal market amid the emerging post-COVID food crisis and global inflation, according to the Russian newspaper Izvestia. Nevertheless, between July 2021 and January 2022, Russia had exported 25 million tonnes of the commodity, according to the newspaper. For comparison's sake, in the 2020/2021 season Russia exported a total of 34 million tonnes of grain.

Under these circumstances, Biden's incentive to drag Moscow and Kiev into a continuous fight "to exhaust Russia" would inevitable backfire on the world, according to the American journalist.

"Rising costs of wheat for the third world could mean a 'worldwide Holodomor', all as a result of Biden's disastrous policies," says Parry. "The billions being sent to Ukraine could alleviate the financial hardships of Americans but lining the pockets of defense contractors is a bigger priority to the Biden administration, which couldn't care less about the plight of ordinary people."