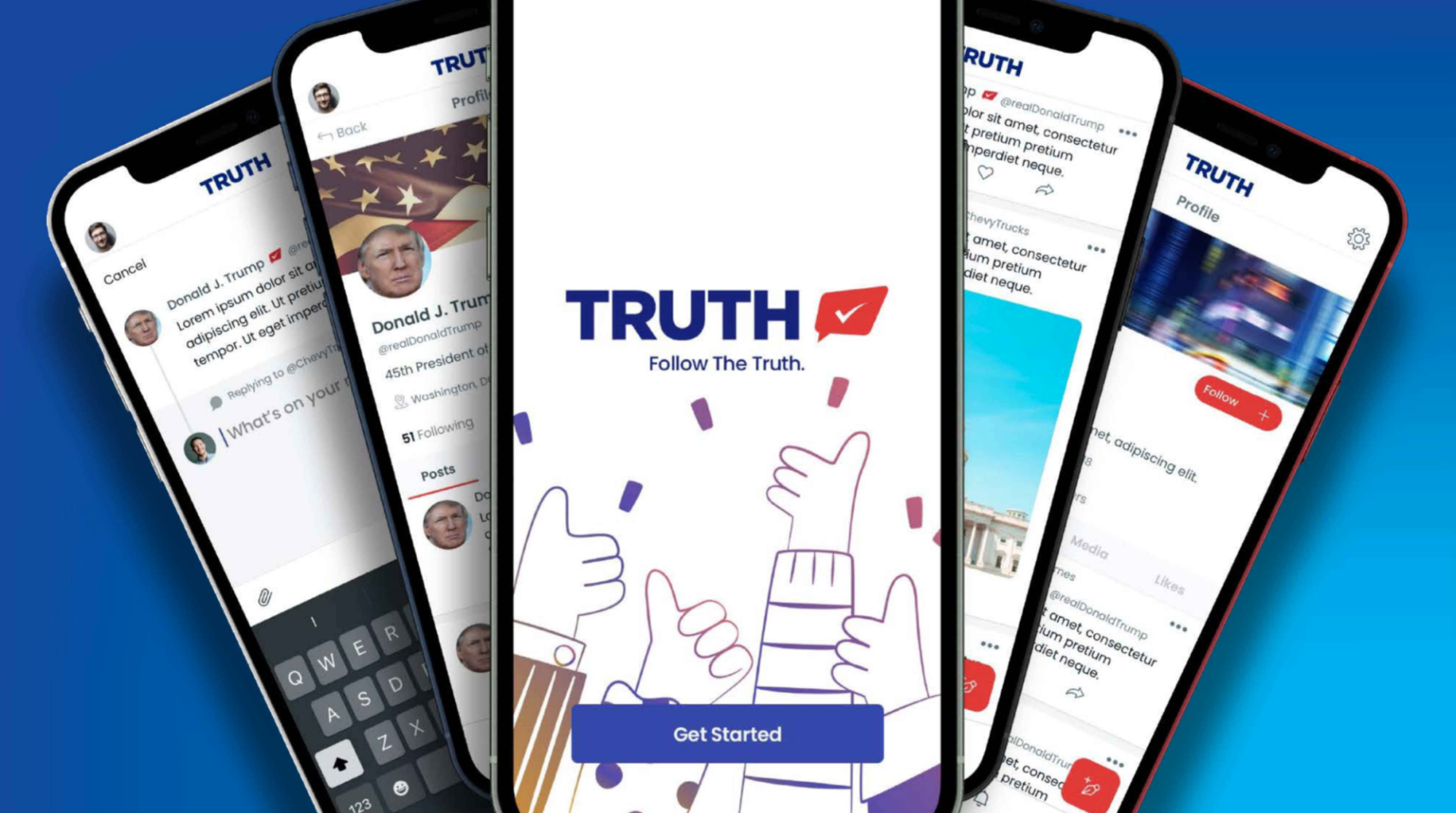 Trump Media & Technology Group's mission is to create a rival to the liberal media consortium and fight back against the "Big Tech” companies of Silicon Valley, which have used their unilateral power to silence opposing voices in America.

Trump Media & Technology Group (“TMTG”) will soon be launching a social network, named "TRUTH Social."  TRUTH Social is now available for Pre-Order in the Apple App store.  TRUTH Social plans to begin its Beta Launch for invited guests in November 2021.  A nationwide rollout is expected in the first quarter of 2022.  Those who are interested in joining TRUTH Social may now visit www.truthsocial.com to sign up for the invite list.

President Donald J. Trump, the Chairman of TMTG, stated, “I created TRUTH Social and TMTG to stand up to the tyranny of Big Tech. We live in a world where the Taliban has a huge presence on Twitter, yet your favorite American President has been silenced. This is unacceptable. I am excited to send out my first TRUTH on TRUTH Social very soon. TMTG was founded with a mission to give a voice to all. I'm excited to soon begin sharing my thoughts on TRUTH Social and to fight back against Big Tech. Everyone asks me why doesn’t someone stand up to Big Tech? Well, we will be soon!”

Patrick F. Orlando, Chairman/CEO of DWAC, stated, "Digital World was formed to create public shareholder value and we believe that TMTG is one of the most promising business combination partners to fulfill that purpose.  DWAC currently has $293 Million in trust, assuming minimal redemptions, which can fuel TMTG’s scale up, including to provide world class leading technology services to build strong and secure social networks and diverse media offerings. Given the total addressable market and President Trump’s large following, we believe the TMTG opportunity has the potential to create significant shareholder value.”

Additionally, TMTG intends to launch a subscription video on demand service (TMTG+). TMTG+ will feature 'non-woke' entertainment programming, news, podcasts, and more.  TMTG has named Scott St. John as the leader of TMTG+ Corporate Operations.  Scott St. John is the Executive Producer of “Deal or No Deal’ and “America’s Got Talent” and has produced over 1,000 hours of Network and Cable TV.

Please visit TMTG’s corporate website at www.tmtgcorp.com for a Company Overview, and a video tour of TRUTH Social.

👍 1 💓 2
StreetLoc is one of America’s fastest-growing Social Media companies. We do not employ woke kids in California to “police” your thoughts and put you in “jail”.
StreetLoc is designed for Family, Friends, Events, Groups, Businesses and People. JOIN TODAY
Comments (2)
Log-in or Sign-up to 'Post Comments'.
Author