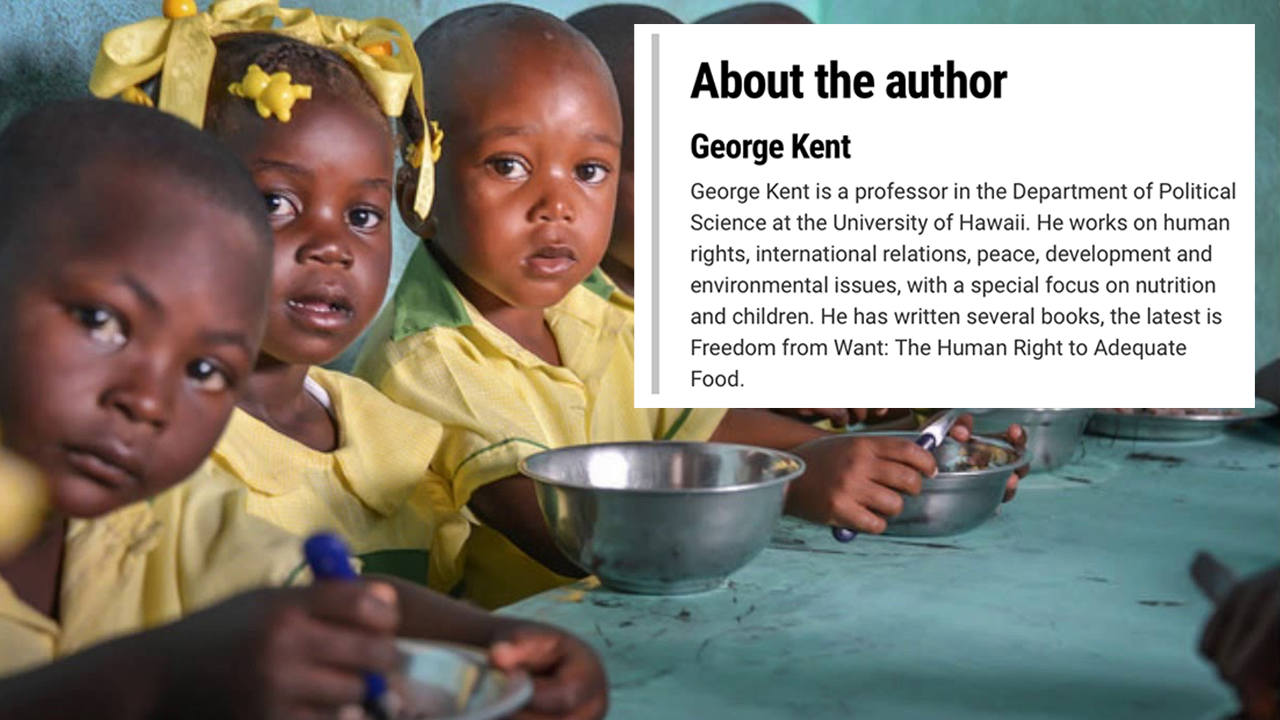 For some strange reason this article was deleted off the United Nations website. It is odd that they would publish this and then delete it. Here is the archived version.

We sometimes talk about hunger in the world as if it were a scourge that all of us want to see abolished, viewing it as comparable with the plague or aids. But that naïve view prevents us from coming to grips with what causes and sustains hunger. Hunger has great positive value to many people. Indeed, it is fundamental to the working of the world's economy. Hungry people are the most productive people, especially where there is a need for manual labour.

We in developed countries sometimes see poor people by the roadside holding up signs saying "Will Work for Food". Actually, most people work for food. It is mainly because people need food to survive that they work so hard either in producing food for themselves in subsistence-level production, or by selling their services to others in exchange for money. How many of us would sell our services if it were not for the threat of hunger?

More importantly, how many of us would sell our services so cheaply if it were not for the threat of hunger? When we sell our services cheaply, we enrich others, those who own the factories, the machines and the lands, and ultimately own the people who work for them. For those who depend on the availability of cheap labour, hunger is the foundation of their wealth.

The conventional thinking is that hunger is caused by low-paying jobs. For example, an article reports on "Brazil's ethanol slaves: 200,000 migrant sugar cutters who prop up renewable energy boom".1 While it is true that hunger is caused by low-paying jobs, we need to understand that hunger at the same time causes low-paying jobs to be created. Who would have established massive biofuel production operations in Brazil if they did not know there were thousands of hungry people desperate enough to take the awful jobs they would offer? Who would build any sort of factory if they did not know that many people would be available to take the jobs at low-pay rates?

Much of the hunger literature talks about how it is important to assure that people are well fed so that they can be more productive. That is nonsense. No one works harder than hungry people. Yes, people who are well nourished have greater capacity for productive physical activity, but well-nourished people are far less willing to do that work.

The non-governmental organization Free the Slaves defines slaves as people who are not allowed to walk away from their jobs. It estimates that there are about 27 million slaves in the world,2 including those who are literally locked into workrooms and held as bonded labourers in South Asia. However, they do not include people who might be described as slaves to hunger, that is, those who are free to walk away from their jobs but have nothing better to go to. Maybe most people who work are slaves to hunger?

For those of us at the high end of the social ladder, ending hunger globally would be a disaster. If there were no hunger in the world, who would plow the fields? Who would harvest our vegetables? Who would work in the rendering plants? Who would clean our toilets? We would have to produce our own food and clean our own toilets. No wonder people at the high end are not rushing to solve the hunger problem. For many of us, hunger is not a problem, but an asset.