StreetLoc
Places & Travel Its Life Jim, but not as we know it. Life found beneath Antarctic ice sheet 'shouldn't be there' 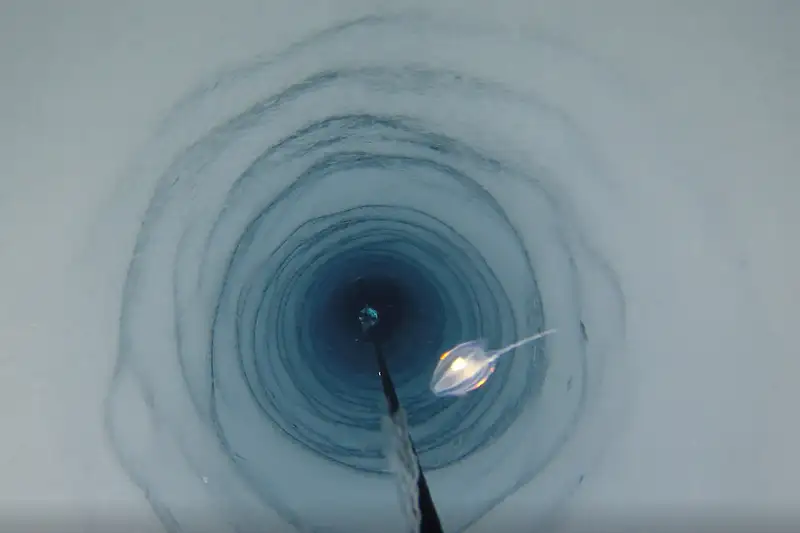 Its Life Jim, but not as we know it. Life found beneath Antarctic ice sheet 'shouldn't be there'

The inadvertent discovery of sea life on a boulder beneath an Antarctic ice shelf challenges our understanding of how organisms can live in environments far from sunlight, according to a team of biologists.

James Smith and Paul Anker at the British Antarctic Survey drilled through the 900-metre-thick Filchner-Ronne ice shelf and dropped a camera down the hole in search of mud on the seabed. To their surprise, it revealed a boulder ringed by animals. Footage appears to show 16 sponges, accompanied by 22 unidentified animals that could include barnacles. It is the first time that immobile life like these creatures has been found beneath an Antarctic ice sheet.

“There’s all sorts of reasons they shouldn’t be there,” says Huw Griffiths at the British Antarctic Survey, who analysed the footage. He thinks the animals, which are probably filter feeders, survive on nutrients carried in the -2°C water. The conundrum is that they are so far from obvious nutrient sources, given that the boulder is located 260 kilometres from the open water at the front of the Filchner-Ronne ice shelf where photosynthetic organisms can survive.