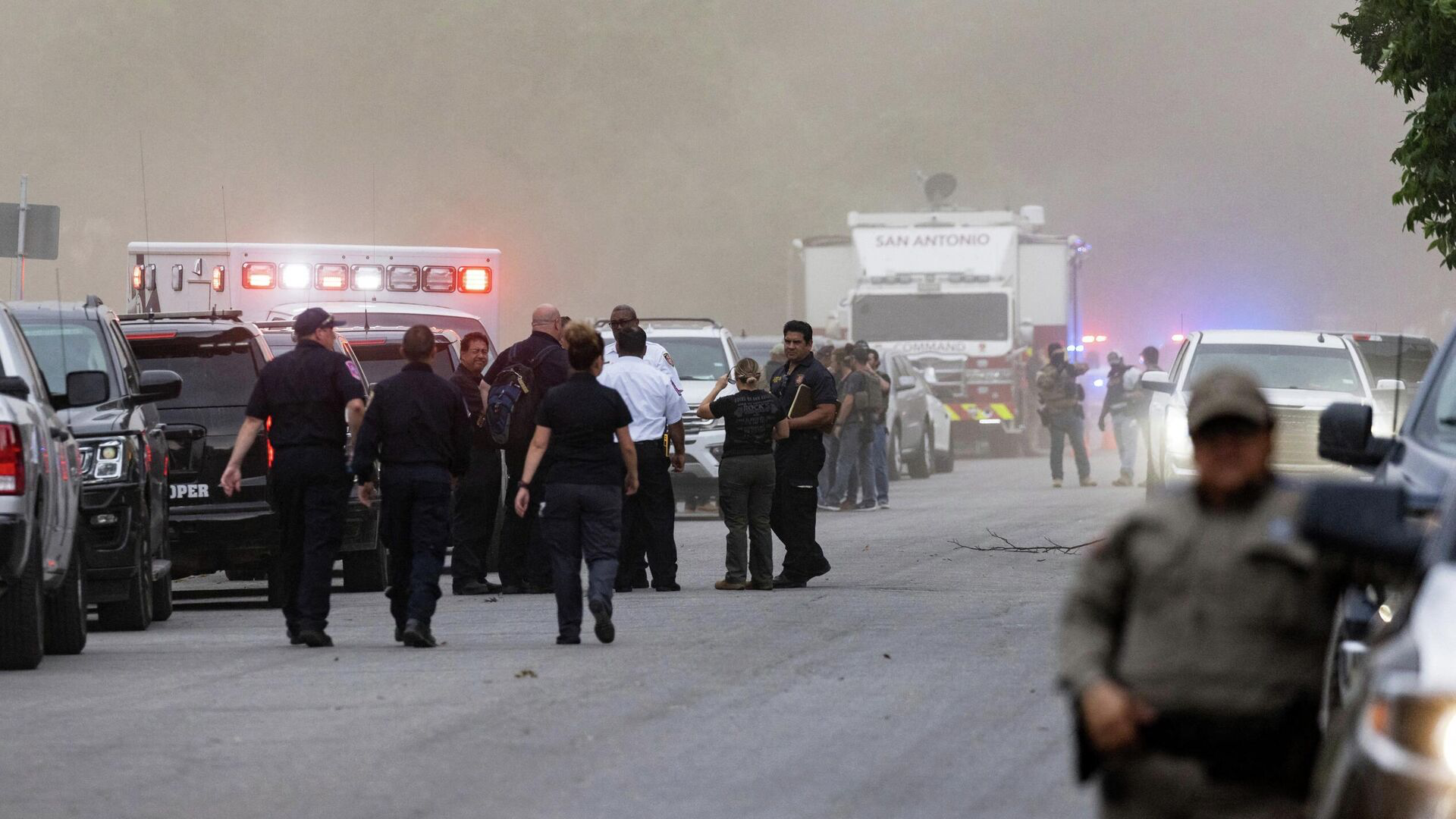 Newly-surfaced reports cast doubt on the immediate police response to the Uvalde school shooting on May 24. Nineteen children and two teachers were gunned down at Robb Elementary by an 18-year-old armed with an assault rifle and tactical vest.

Investigators into the Uvalde school shooting possess new information that indicates responding officers had more than enough firepower and protection to apprehend the 18-year-old gunman sooner, reported the American-Statesman and KVUE-TV.

Officers with high-powered weapons and ballistic shields reached the scene of the incident within 19 minutes of the gunman’s arrival on campus, reveal documents cited by the outlets. This new timeline points to a significantly swifter response than previously known.

However, the multiple police officers waited in the school hallway for nearly an hour while the gunman killed 19 children and two teachers at Robb Elementary School in Uvalde, Texas, on May 24.

The new information adds to the questions that have been raised regarding the failure of law enforcement to thwart the attack.

Furthermore, the documents are said to have contained footage showing the suspected gunman, Salvador Ramos, entering a rear door at 11:33 a.m., heading towards a classroom and immediately letting loose a barrage of gunfire from an AR-15-style rifle before barricading himself. Three minutes later, according to the video cited by the outlets, 11 officers entered the school.

Neither the American-Statesman nor KVUE-TV indicated the source of the documents cited. The new information is to be presented to a public Texas Senate hearing in Austin on Tuesday, added the reports.

Earlier, CNN cited a law enforcement source close to the investigation revealing that eleven officers, including Uvalde school district police chief Pete Arredondo, were inside the school within three minutes of the shooter’s entry.

Video surveillance footage from the school did not show officers attempting to open the door leading to the classrooms where the shooter went on his deadly rampage, the San Antonio Express-News reported last week.

The federal, state and local investigation into the Uvalde shooting has been focusing on the reported delays in the law enforcement’s response. Questions had been first asked in the days immediately following the incident. Col. Steve McCraw, director of the Texas Department of Public Safety, said on May 27 that Arredondo made "the wrong decision" when he chose not to storm the classroom for more than 70 minutes.

During the shooting, at least two students called 911, asking for help from law enforcement, according to a teacher who survived the tragic attack.

The fourth grade teacher - Arnulfo Reyes - had instructed the eleven students in his classroom to hide under their desks and pretend to sleep after they heard gunshots outside their door. Moments later, Salvador Ramos appeared and shot Reyes twice. Ramos then turned his rifle on the students.

Reyes has since said he would never forgive law enforcement, who waited in the hallway asking for more backup and protective equipment, for their inaction during the rampage.