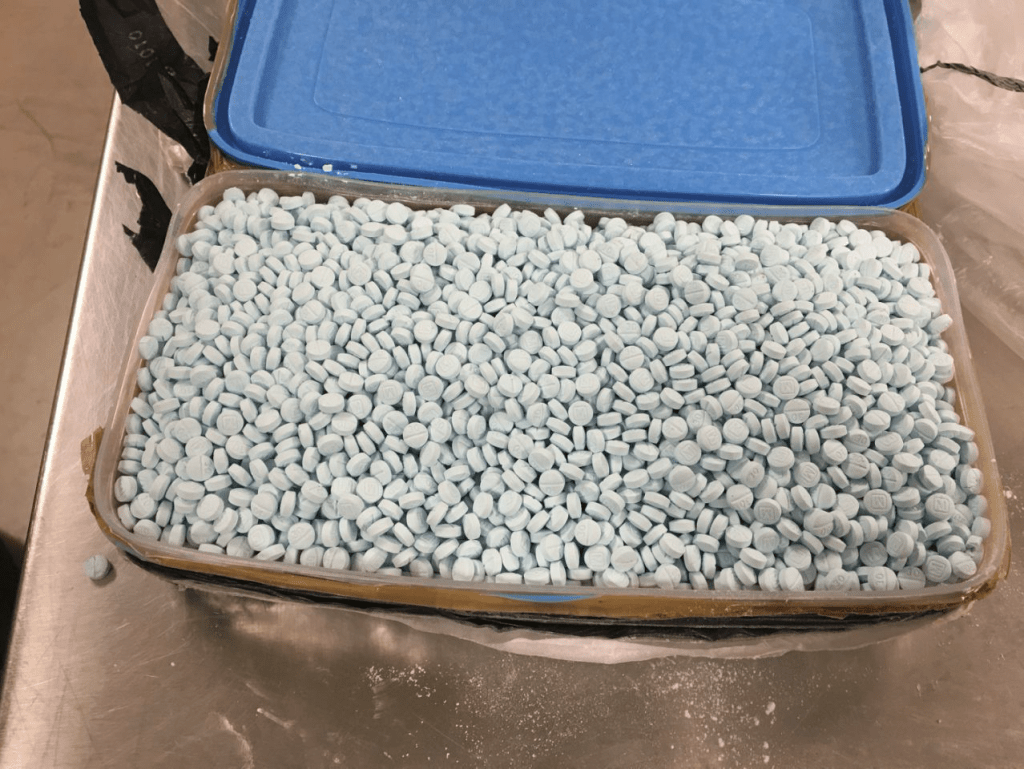 Police in Sterling Heights, Mich., arrested two illegal immigrants from Mexico who claimed they were running fentanyl for a Mexican drug cartel.

The police attempted to pull a BMW over with illegally tinted windows near 14 Mile Road when the driver sped off. The brief chase ended when the car went down a dead-end road. For you Eminem fans, that’s six miles almost directly north of 8 Mile Road.

The male driver and female passenger are both illegal immigrants from Mexico. The BMW was inspected by police, who found secret compartments containing 20,000 fentanyl pills disguised as Oxycontin, as well as 500 grams of powdered fentanyl.

“Both suspects admitted they were in the United States illegally and that they were transporting narcotics for a drug cartel,” Sterling Heights Police Lt. Mario Bastianelli stated.