StreetLoc
Other Darwin and the Loss of the Enlightenment Paradigm 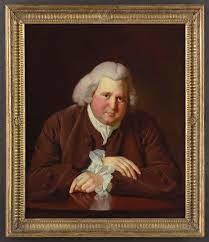 Darwin and the Loss of the Enlightenment Paradigm

In two articles so far (here and here), I have been exploring how justified the new atheists’ appropriation of Darwinian ideas is. This is the third and final post.

As we’ve seen, Erasmus Darwin was a quintessential legatee of Enlightenment prepossessions. As its somewhat virtue-signaling name implies, the thinkers of the Enlightenment wished to distance themselves from anything that smacked of religious “superstition.” This led to the determination to declare a unilateral declaration of independence from the metaphysical sphere in favor of purely “scientific” modes of explanation.

Yet in the face of the last century of scientific discoveries we have come to realize that hubristic expectations stemming from the Enlightenment dream of encompassing the whole of reality in some grand material theory of everything have been forced into a reluctant retreat.1

https://evolutionnews.org/2022/10/darwin-and-the-loss-of-the-enlightenment-paradigm/
‍
StreetLoc is one of America’s fastest-growing Social Media companies. We do not employ woke kids in California to “police” your thoughts and put you in “jail”.
StreetLoc is designed for Family, Friends, Events, Groups, Businesses and People. JOIN TODAY
Comments (0)